Literature / The Book of Dust 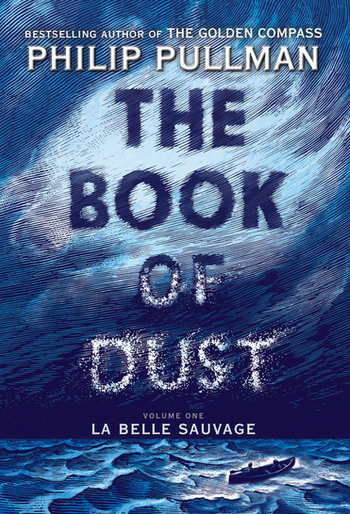 The Book of Dust is a trilogy of Fantasy novels by Philip Pullman. It serves as both Prequel and Sequel to Pullman's His Dark Materials (described by Pullman as an "equel") and features its main protagonist Lyra Silvertongue.