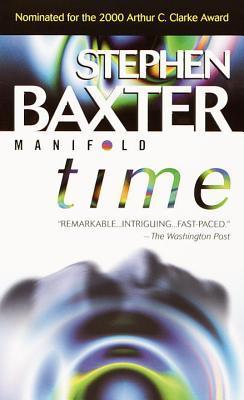 Humanity spread throughout the universe, but never found other intelligent life. Far into the future, matter having long since decayed away, the last descendants of humanity have survived by embedding themselves into a lossless computing substrate. They can theoretically survive indefinitely, but since there will never be new input, their thoughts are doomed to eventually begin repeating. A faction decides this was not meant to be and reaches back to the distant past...

The year is 2010. More than a century of ecological damage, industrial and technological expansion, and unchecked population growth has left the Earth on the brink of devastation. Strange, hyper-intelligent children are being born all over the globe. As the world's governments turn inward, Reid Malenfant campaigns for the exploration and colonization of space. Battling national sabotage and international outcry, as apocalyptic riots sweep the globe, he builds a spacecraft and launches it into deep space.