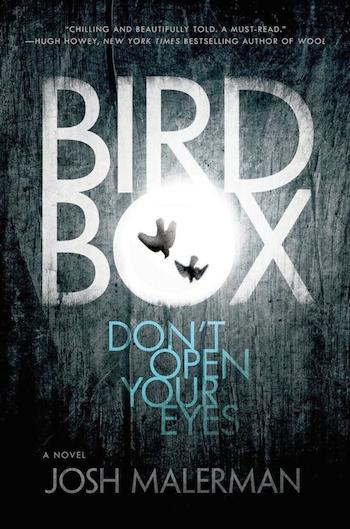 In the midst of a dystopian future, there is something out there driving people insane just by looking at it. The only way to survive is to cover your eyes. A mother and her two children seek a safe haven but to get there they have to cross twenty miles of river while blindfolded. And something is following them...

A film adaptation starring Sandra Bullock was announced in 2017. It was released on Netflix in December of 2018.