Literature / The Books of the Order 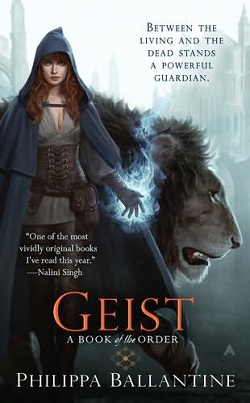 Who You Gonna Call?

The Books of the Order are a series of Fantasy novels written by New Zealand author and podcaster Pip Ballantine. They are, in order:

The Books are set in the land of Arkaym, where the Order of the Deacons are the only line of defence between citizens of the Empire and the "geists", dangerous spirits that draw power from the Otherside. The first book introduces Deacon Sorcha Faris, one of the many Actives capable of using their Gauntlets to combat geists. In Buddy Cop Show fashion, Sorcha is partnered up with the newly-minted Sensitive Deacon Merrick Chambers, and later they run across "Pretender" Raed Rossin, a pirate captain and heir of the family who ruled Arkaym before the current Emperor took over. The three find themselves having to face off against a dangerous geist incursion and save Arkaym from destruction — and that's just the first book.