Literature / Books of the Raksura 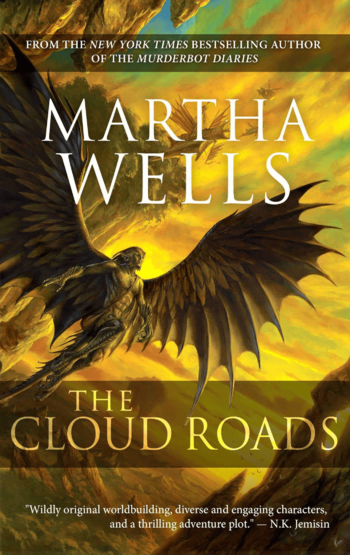 ). The first book, The Cloud Roads, introduces us to Moon. In the Three Worlds, there are perhaps hundreds of wildly diverse humanoid species — but Moon has spent most of his life thinking he's the only one of his kind. And unfortunately Moon, who is a shapeshifter, just happens to resemble, in one of his two forms, the most rapacious and vicious predators on the planet, the Fell. Moon just wants a place to belong, but he must constantly guard against others learning of his secret. When he finally meets a member of his own kind, a whole new set of adventures begin for him, and he faces his biggest challenge of all; fitting in.

There are currently five books in the series:

As well as two novella collections:

The Books of the Raksura provide examples of: