Literature / The Book With No Name 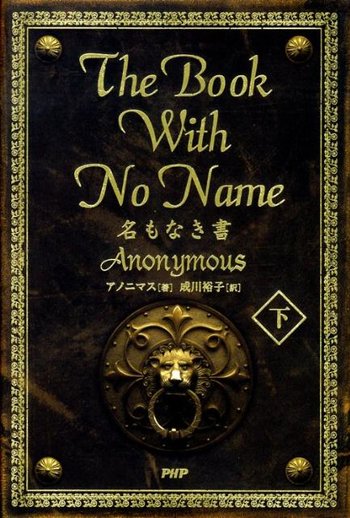 A novel written by an anonymous writer.

It's been five years since the first time the Bourbon Kid, a mysterious figure with no identity or motives, slaughtered his way through the South-American town of Santa Mondega, leaving more than three hundred people dead in his wake. The town is now preparing for the upcoming eclipse and moon festival, which brings more than tourists this year. Such as a detective specialized in the supernatural sent to investigate a series of brutal murders with the help of a local inspector obsessed with the Bourbon Kid; a woman who woke up from a five-year long coma with no memory of who she is; a bounty hunter there to work for the local mob boss; and two monks who are looking for something that was stolen from them. Add to that a biker on a mission from God, an Elvis impersonator/hitman, a couple of kids who have no idea what mess they're walking into, and an unlucky bartender, and the plot thickens fast. Especially now that the Bourbon Kid might be back, and possibly killing everyone who reads from a book with no name nor author...

The Book With No Name contains examples of: