Literature / The Gods Are Bastards 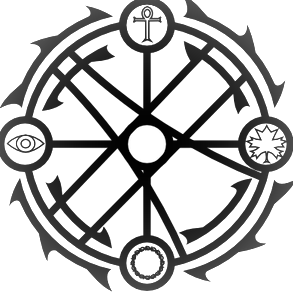 The Gods Are Bastards

is a Web Serial Novel by D. D. Webb, updating every Monday and Wednesday (and sometimes Friday). It is described as "a High Fantasy Western" by the author, although the High Fantasy tends to come through more consistently than the Western.

The story begins focused on a group of eight freshmen (a dryad, two paladins, a half-demon, a possessed human, a drow, a pixie, and a pirate princess) attending a school for adventurers. The scope expands rapidly from there, quickly introducing a number of secondary plots involving demons, religion, politics and an increasingly large cast of individuals and organizations vying over the fate of an empire.

A summary of the plot is essentially impossible without spoiling it, but recurring themes include the end of the Age of Adventures, social change, feminism, and the struggles of persecuted minorities (such as immigrants and homosexuals).

Now has a character page which needs some love!

The Gods Are Bastards provides examples of: