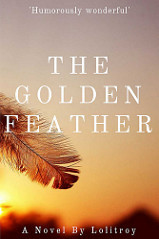 "Shy, socially-awkward Elijah had limited his existence to that of a background character. A sidekick. A nobody. This changes when he receives an anonymous letter one day that reads more like a desperate call for help—from one of the school's players, no less. What does he do? Follow the cliché. What does life do? Kick his balls and remind him things aren't as simple as they seem..."

follows the usual Brooding Boy, Gentle Guy pairing in a rather... unusual way.

It was first published in 2016 and is still ongoing.