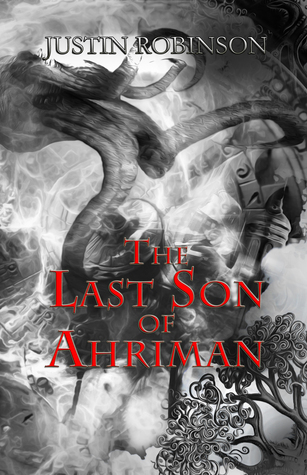 The Ahriman Trilogy is a series of young adult paranormal adventure stories, often described as Buffy the Vampire Slayer in the world of H. P. Lovecraft. The first book in the series, The Last Son of Ahriman

came out in late 2014, the sequel, The Dark Price of Ahriman

came out in early 2016, and the final installment, The New Dawn of Ahriman

The central premise of the series is that evil comes from a rogue celestial body that sends monsters and madness to earth. A group of mages rose to fight its influence, and do so by actually bonding with the planet itself, using the power of madness against it. Needless to say, other mages aren't all that thrilled with this.

The book follows Simon Bell, who was never intended to have the power. When his family is killed, he accidentally completes the ritual and becomes a mage. Using his newfound power and fighting the relentless maddening whispers of the planet, he attempts to restore his sister's soul. In the second book, he stumbles across the person really responsible for his family's death. Whether or not he can actually take revenge is a question.

Has nothing to do with Warhammer 40,000 series of the same name. Or a Highlander series episode arc sometimes called the same name.

The Ahriman Trilogy provides examples of: