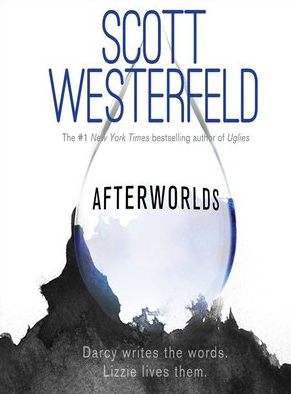 Afterworlds is a 2014 Young Adult novel by Scott Westerfeld. It is a work of meta-fiction about writing YA.

Darcy has beaten the odds as an eighteen-year old Indian writer, selling two young-adult novel books and getting a huge advance. Instead of going to Oberlin, she defers college to move to New York, revise Afterworlds in time for the publication date, and bond with fellow "debs."

In said novel, Lizzie almost dies during a terrorist attack at an airport; she ends up in an afterlife with a hot death god. Although he tells her to forget and to return to her normal life, she can't after seeing ghosts.