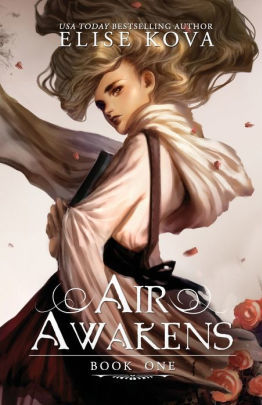 Air Awakens is a series of five Young Adult fantasy novels by Elise Kova, self-published by the author in 2015.

Eighteen-year-old Vhalla Yarl is a modest library apprentice in the Imperial Library of Solaris, the capital of the Solaris Empire. She lives a quiet and boring life with other library apprentices and her only passion is reading. And then, one night she happens to save the life of the mysterious crown prince Aldrik — and learns that she is in fact a sorcerer. This brings a huge change in her life.