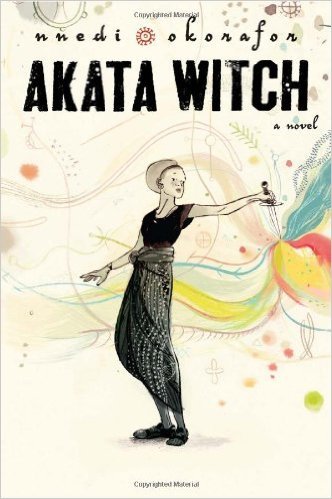 2011 book by Nnedi Okorafor, first in the Nsibidi Script series. 12-year-old Sunny lives in Nigeria, but she was born in New York City. She looks West African, but is so sensitive to the sun that she can’t play soccer during the day, due to her albinism. She doesn’t seem to fit in anywhere. Her classmate Orlu and his friend Chichi reveal that they have magical abilities—and so does she. They are all "Leopard People", or people with magical abilities. Sunny is a “free agent", or someone who has magical powers without a relative having them. And she has a lot of catching up to do.
Advertisement:

Orlu and Chichi have been working with their teacher for years. Sunny needs a crash course in magical history, spells, juju, shape-shifting and dimensional travel. Her new world is a secret from her family, but it’s well worth all of the silence, exhaustion and sneaking around. Still, there is a dark side. After she’s found her footing, Sunny, Orlu, Chichi, and their American friend Sasha are asked by the magical authorities to help track down a criminal. Not just a run-of-the-mill bad guy. A real-life hardcore serial killer-with abilities far stronger than theirs.