Characters / My Life as a Teenage Robot

The character sheet for the Nickelodeon cartoon, My Life as a Teenage Robot.

"I want to have friends, and hang out like normal teenagers do! But who would want to hang out with a rusty hunk of metal like me?"

The main protagonist and the "16-year-old robot" (built 5 years ago) to which the title refers, a state-of-the-art sentient gynoid automaton created by Dr. Noreen Wakeman five years prior to the series, though she was designed as a 16-year-old girl. Though XJ-9 was designed to be Earth's protector, armed to the teeth with a wide range of weapons, devices, and transformations, she wants to live the life of a normal teenager and often makes this desire quite apparent to her friends and creator. 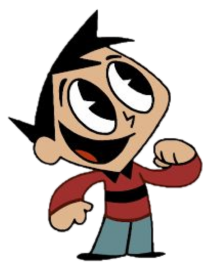 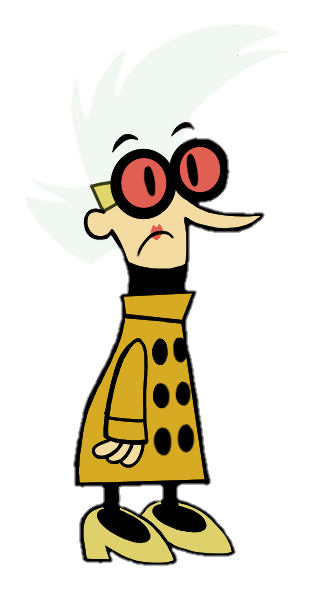 An elderly spinster robotics scientist and the one who built the XJ robots, who is often simply refered to as "Mother" or "Mom" by Jenny and her sisters. 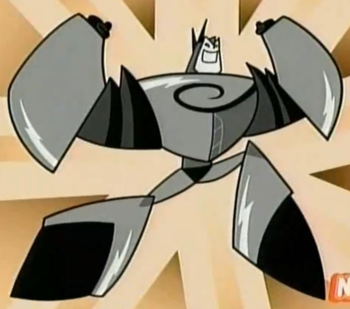 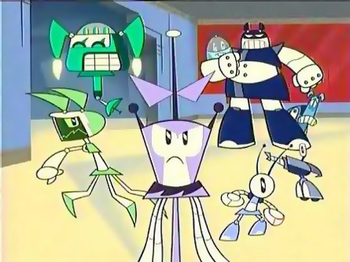 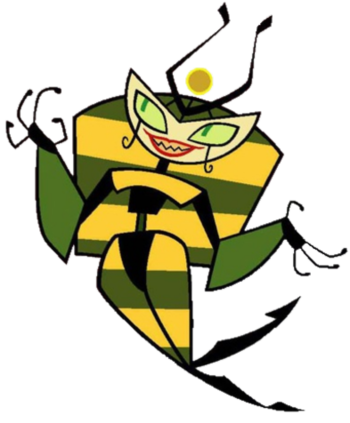 Voiced by: Eartha Kitt, Cree Summer ("Around The World in 80 Pieces" and as QT-2 and Vicky)

The tyrannical queen of the Cluster who constantly tries to get Jenny to go with her to her homeworld of Cluster Prime through immoral means. 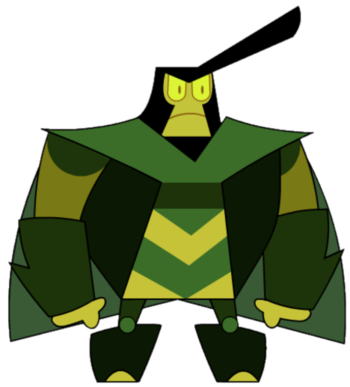 "My brilliant plan is working perfectly! I must remember to congratulate myself later."
Voiced by: Steve Blum

A large green robot from the Cluster who seems to have ties to its military division. 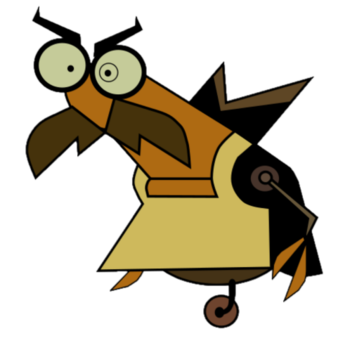 Voiced by: Jim Ward
Vexus: This better not be another crackpot invention.
Krackus: It isn't! I mean, it is, but this time it worked!

A senile, older Cluster robot who often bungles his experiments and forgets where he is all the time. His inventions almost never last for very long, but he's not one to give up easily. 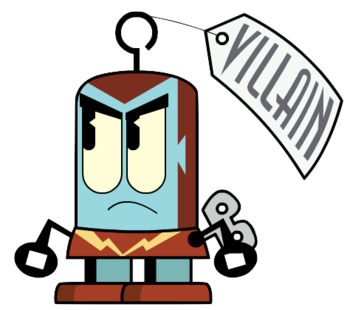 "I would like to destroy mankind."
Voiced by: Tara Strong

A small, adorable wind up robot from a toyline, Killgore somehow managed to attain sentience and decides to fulfill its purpose as a villain, first by joining the Cluster and capturing Jenny, then by destroying the Cluster and Jenny. Things don't always go as planned for him, however. 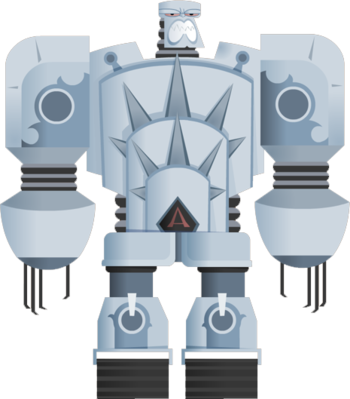 A gigantic robot created by Dr. Wakeman back when she was a Skyway Patrol member for the purpose of eliminating alien weaponry. It turned its attention to human weapons in peacetime, forcing Dr. Wakeman to lure it into the Earth's core where it remained- for the time being. 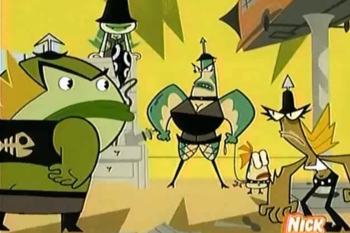 A biker gang of five fish-like aliens who come to Earth every so often to cause chaos. They are Letta, Sludge, Olga, Tammy, and Lenny. 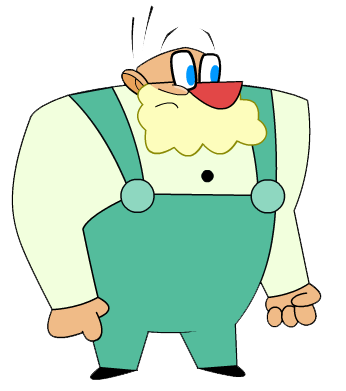 An evil mad scientist who is the father and creator of Melody. 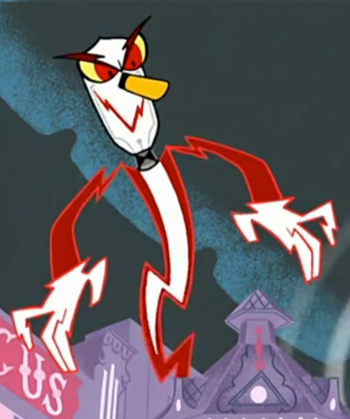 Voiced by: Nick Jameson
An energy vampire who drains power from anything electronic.
The Exo-Skin 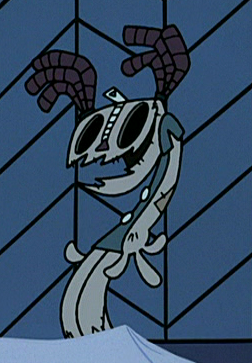 Voiced by: Grey DeLisle
A synthetic skin made to allow Jenny to pass off as a human being, until it gains sentience. 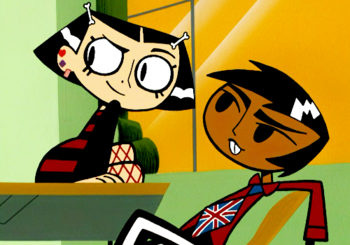 The antagonists of Jenny's life in high school, they seek to humiliate her at every turn. 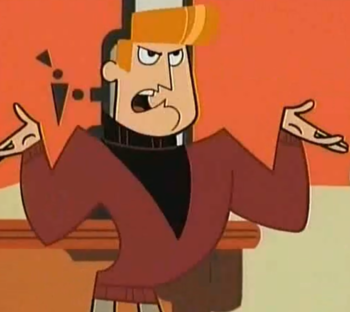 The most popular boy in school. Jenny used to have a crush on him. 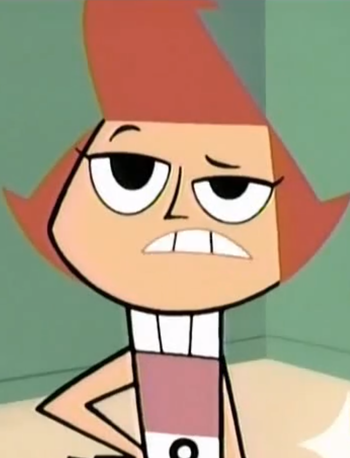 The best friend of Brit and Tiff who's often seen accompanying them. 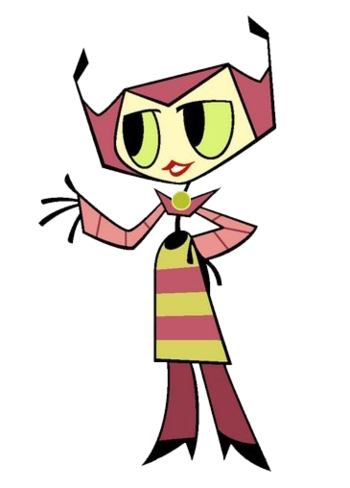 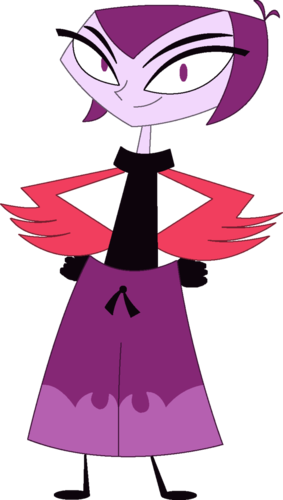 An alien girl with superpowers who met Jenny as part of the Team Teen alongside Orion and Squish. The team later disbanded, and Misty returned to Earth. 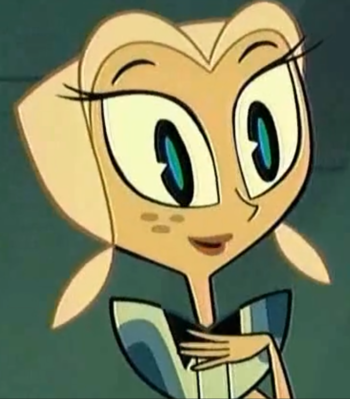 The gentle daughter of a Mad Scientist named Dr. Locus. She has a crush on Brad, but is secretly a highly advanced android. 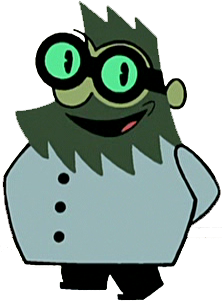 A scientist who is the rival of Nora Wakeman, and creator of YK-9 (AKA Kenny). 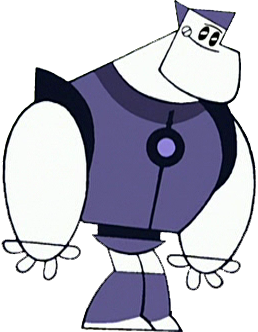 Phineas Mogg's son who's a male knockoff of Jenny. They briefly dated, but she was no longer interested once she realized he was part-dog. 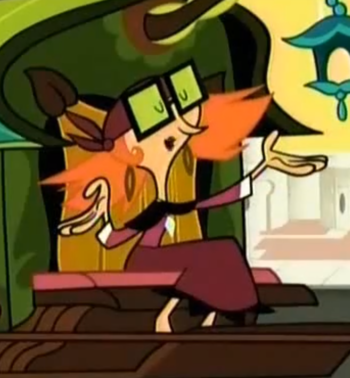 Dr. Nora Wakeman's sister who is a flower child and focuses on the natural world and biological in contrast with her mechanical-based genius sister. 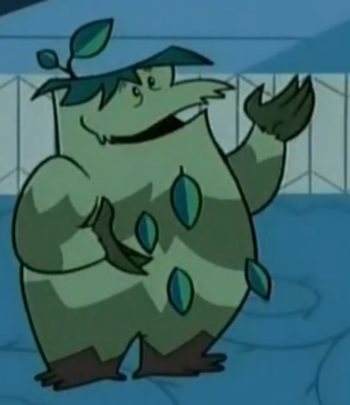 A strange little swamp-monster like guy, he was created by Wisteria Wakeman and she treats him like her son. As such, this makes him Nora's nephew and Jenny's cousin.