Characters / My Knight and Me

Characters of the series.

The son and squire of Henri of Orange.

Jimmy's dad. He is both a knight and a minstrel. 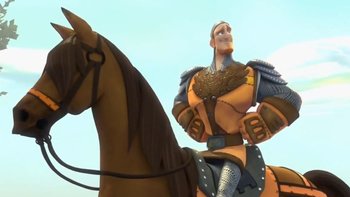 Henri of Orange and Torpedo

Jimmy's best friend and partner in adventure. Also the crown princess of Epic, as her mother is the Queen.

The knight of White, Wilfried is pretty much the opposite of Henri; he is greedy, cowardly and incompetent.

A knight in training. The nephew and squire of Wilfried of White.

The Knight of Red

A special knight brought in to help the knights learn how to work as a team instead of fighting amongst each other; his helmet has a basketball and a pair of silver bull's longhorns on top.

A legendary masked heroine. The Queen is her fan and may or may not be her.

A monk in charge of the knights and squires. 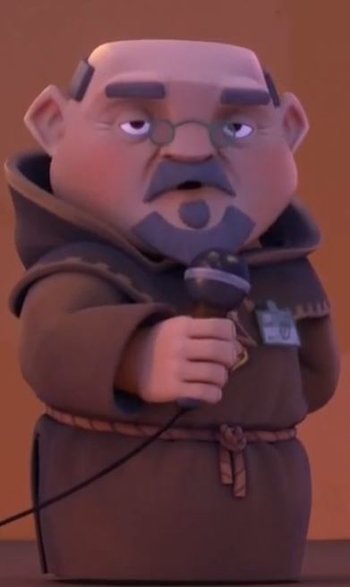 The Knights of Epic

The various knights who defend the kingdom.

The Squires of Epic

The squires who're in training to become knights.

Princesses who attend princess class along with Cat.
Dark Lands

The son of Bad Jack. He is friends with Jimmy.

A dragon that often terrorizes the Kingdom of Epic.

The Witch of the Cursed Forest

A group of thieving rats.

The older brother of Perlin.