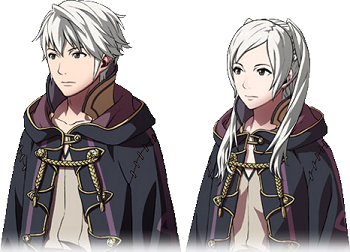 Click here to see both Robins in Fire Emblem Heroes 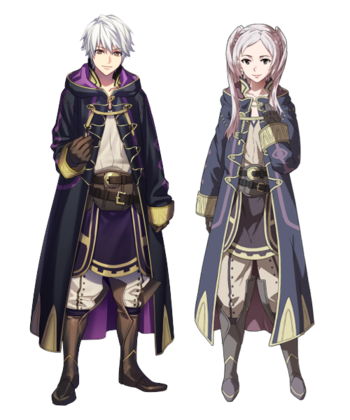 "There's something between us all. Something that keeps us together... Like... invisible ties, connecting us."

Another main hero of the game, whose identity and name is crafted by you — the player. A traveler who remembers nothing prior to being found by the wayside. Chrom realized their tactical genius and enlisted them in the Shepherds, where they are well-liked. The biggest mystery of the group. It is revealed later in the game that the Avatar is Validar's child and the vessel required for the resurrection of the Fell Dragon Grima. Their mother was a member of the Grimleal and presumably Validar's girlfriend/wife/lover/Dark Mistress, but at some point, she betrayed the cult and took the infant Avatar away to safety, allowing them to grow up in a relatively peaceful environment. Grima's arrival from the future caused them to lose their memory when they first met Chrom.

While it never crops up in the main storyline, the character's personality in Supports is slightly different depending on their gender. The male character is somewhat more mellow and calm, whereas the female is more aggressive.