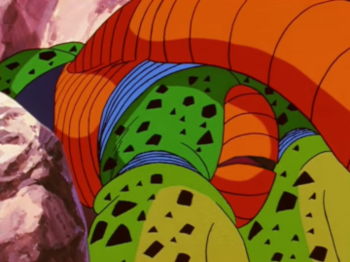 "Ah, this is an unfortunate turn of events..."note Vegeta: Did you just... talk out your ass?
Advertisement:

Darker and Edgier it may be, but that doesn't stop the Cell Saga from being hilarious.

Warning: Spoilers Off applies to these pages. Proceed at your own risk