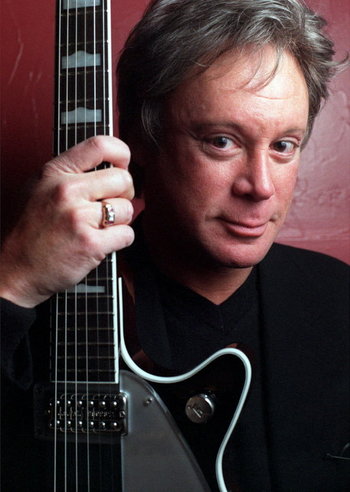 Eric Howard Carmen (born August 11, 1949) is the other songwriter, besides Paul Anka, whom you didn't know wrote all those pop songs you remember.
Advertisement:

He first catapulted to fame with his band the Raspberries in the early 70s until the band's breakup in 1975. The following year, he went on to become a successful solo performer.

His hits include "That's Rock and Roll" (later made popular by Shaun Cassidy), "Hungry Eyes" (from Dirty Dancing), "All by Myself" (a cover of which featured in Bridget Jones' Diary), and "Never Gonna Fall in Love Again". The latter two songs were inspired by two famous compositions by Sergei Rachmaninoff.

Not to be confused with the similarly-named character from South Park.

As part of the Raspberries:

As a solo artist: