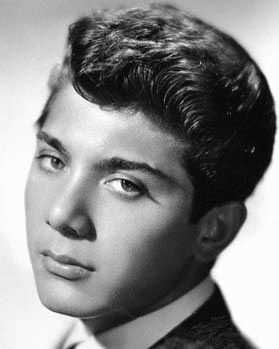 "Put your head on my shoulder..."
Advertisement:

One of the most influential Teen Idols of The '50s and '60s, Paul Anka (born July 30, 1941 in Ottawa, Ontario, Canada) is a Canadian-American singer-songwriter and actor, who found success as early as the age of 14. His early songs crooned about topics such as young love, heartbreak, and longing, but starting in The '70s he began writing about more mature themes to stay with his maturing audience. Much of his success also came from writing hits for other artists such as Frank Sinatra (notably his Signature Song, "My Way") and Connie Francis, and TV theme music (such as the opening theme for The Tonight Show Starring Johnny Carson.)

These tropes have got Paul Anka's guarantee!note Guarantee void in Tennessee.