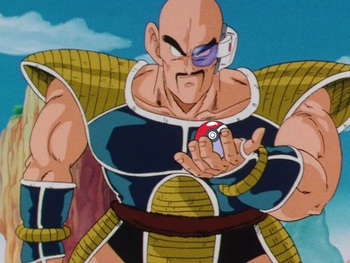 "I am hilarious and you will quote everything I say."
Advertisement:

Funny moments from DBZ Abridged. WARNING: You might be here a while.

Episode 3 (The Real One)