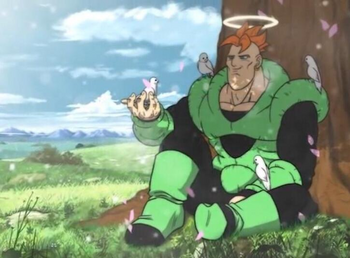 Cell was wrong. He did have a soul.
As a Moments subpage, all spoilers are unmarked as per policy. You Have Been Warned.
Advertisement:

Moments from Dragon ShortZ can be found here.

Bardock, The Father of Goku

The History of Trunks