The Boy Who Can Destroy Anything 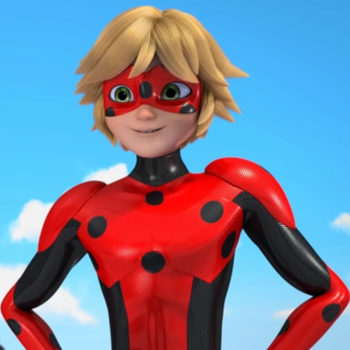 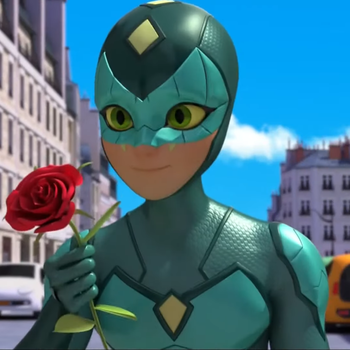 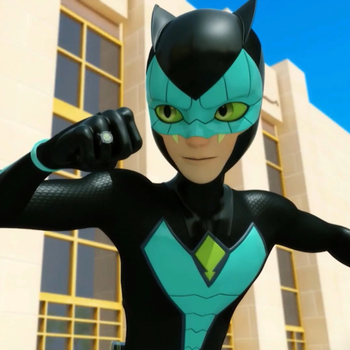 A classmate of Marinette's, a boy who lives with his wealthy, distant father. Even at school, he's a bit aloof, although considerate. Adrien really opens up to his best bud, Nino. Adrien works part-time as a model, and is a Teen Idol in his own right. But he really comes into his own when he takes out his magical ring that turns him into the superhero Cat Noir. Cat Noir is quick with an insult, quicker with a pun, and as confident as - well, as the cat that got the cream. Cat Noir makes no secret of his big ol' crush on Ladybug; unfortunately for all parties, Adrien doesn't notice Marinette's humongous crush on him.

With the Snake Miraculous, Adrien becomes Aspik, with the power of Intuition.

With the Snake Miraculous, Adrien becomes Aspik, with the power of Intuition.