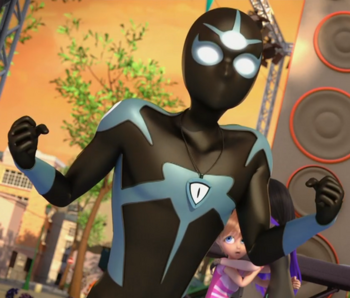 A masked fiend with the power to uncover any truth and is deadset on finding out Marinette's secrets. His civilian identity is Luka, which is also his second Akumatization and second unique form, and his akuma is in a guitar pick Marinette gave him as a present. 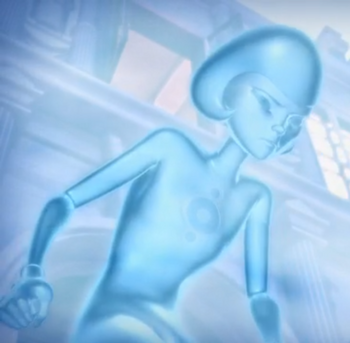 A ghostly girl who hates dishonesty and wants to punish liars. Her civilian identity is Kagami Tsurugi, which is also her fourth Akumatization and third unique form. Her akuma is in the lucky charm that Marinette gave to Adrien. 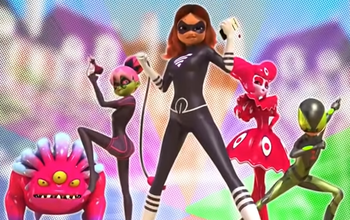 A quintet of supervillains consisting of Lady WiFi (Alya Césaire), Timebreaker (Alix Kubdel), Reflekta (Juleka Couffaine), Princess Fragrance (Rose Lavillant), and Horrificator (Mylène Haprèle). They are hellbent on uncovering Marinette's secrets so they can repair their friendship with her. Their akuma is in the sacred friendship bracelet they made for Marinette.

For more information about each of them, go here. 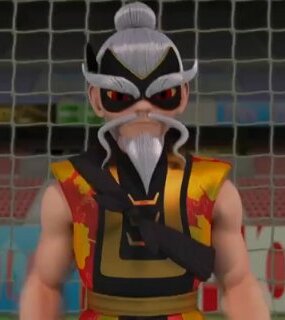 A demonic painter who is enraged at Su-Han for attacking him and Marianne. His civilian identity is Fu, former guardian of the Miraculous, and his akuma is in his paintbrush. 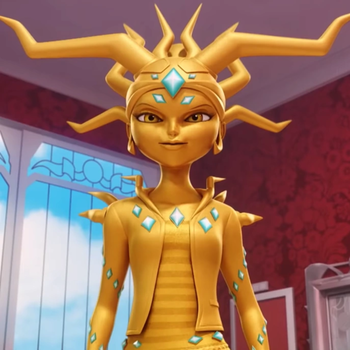 A golden villainess who bears a striking resemblance to Chloé Bourgeois, bent on breaking down the people who walked all over her. Her civilian identity is Zoé Lee, and the akuma is in her discarded shoes. 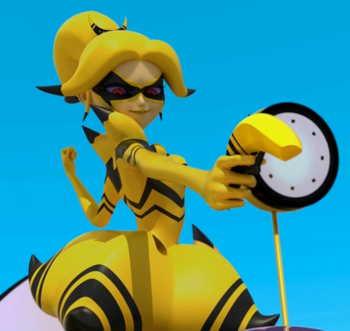 A fruity femme fatale who's bananas over the spotlight. Accompanied by a giant yellow gorilla sentimonster, she has the power to transform her enemies into bananas. Her civilian identity is Chloé Bourgeois, making this her fourth unique akumatized identity. The akuma is in her banana hair clip. 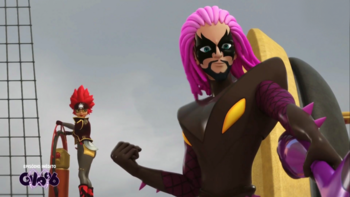 A feuding duo of musician supervillains consisting of Guitar Villain (Jagged Stone) and Captain Hardrock (Anarka Couffaine). Their akuma is contained in a broken record the two were fighting over when they were akumatized. 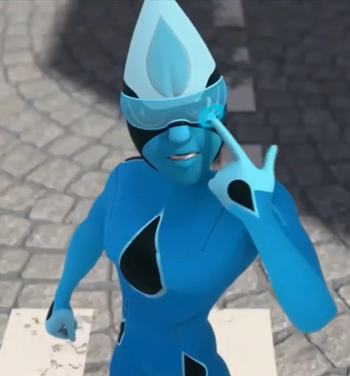 A heartbroken boy who desires revenge against Cat Noir under suspicion of trying to steal his girlfriend's heart. His civilian identity is Nino Lahiffe, which is his fourth akumatization and fourth unique form. The akuma is hidden in his glasses. 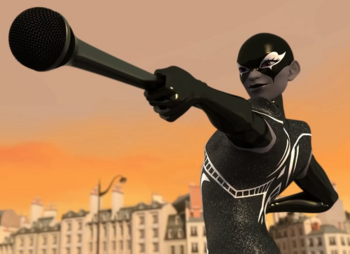 A supervillain with the ability to make people's childhood dreams a reality. His civilian identity is TV Personality Alec Cataldi, and his akuma is stored in his microphone/staff. 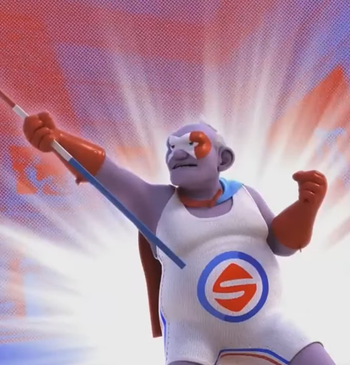 A tricolored geezer who wants to simplify the world. That's it. His civilian identity is Marinette's traditionalist grandpa Rolland, which is his second akumatization complete with a unique identity. His akuma is in his baker's peel.

An akumatized villain based on the mythical Chinese beast, the qilin/kirin. Her civilian identity is Marinette's mother, Sabine Dupain-Cheng. 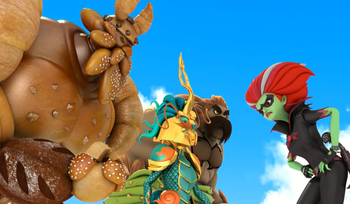 This family is just like galette: sometimes sweet but with lots of nuts

A bickering family of evildoers who are driven to determine who has the best parenting method for raising Marinette. Membership includes Weredad (Tom Dupain-Cheng), Qilin (Sabine Dupain-Cheng), Bakerix (Rolland Dupain) and Befana (Gina Dupain). Their akuma is in the remaining piece of galette with each family member having consumed a piece of the same bread. 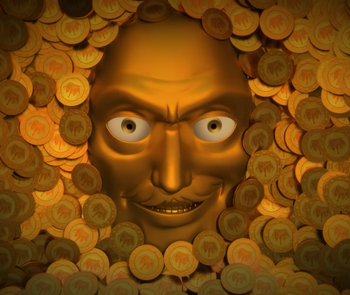 "Hahaha! With my impenetrable safe, I'll be even richer!" 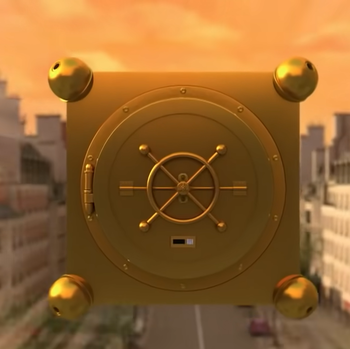 An avaricious scumbag who wants to be the richest man in Paris by turning everyone into coins, stored in his impenetrable golden safe. His civilian identity is Bob Roth and the akuma is in his number one coin. 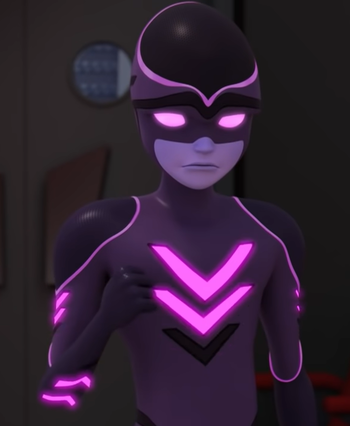 An abused and somber boy with the power to fast forward time. His civilian identity is Adrien Agreste, his second unique Akumatized form. The akuma is in his phone.