Students and teachers at the Collège Françoise Dupont from Miraculous Ladybug.

A soft-spoken classmate of Adrien and Marinette, and Chloé's "best friend". Sometimes she's Chloé's aider and abetter in wicked schemes, other times she's the first and worst victim of Chloé's meanness. 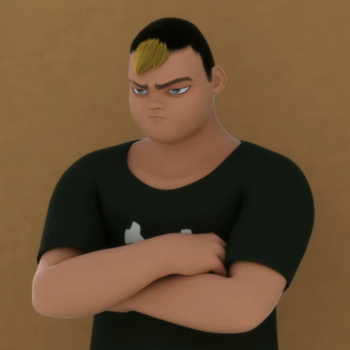 Ivan is a big guy who seems tough and scary, but actually has trouble expressing his feelings. He is in a relationship with Mylène. 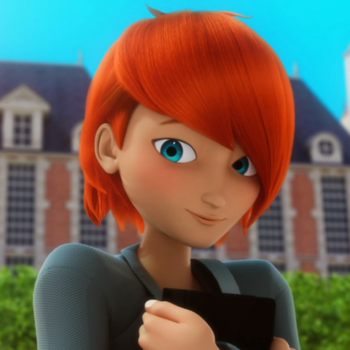 A shy artist who harbors a crush on Marinette (and in season 2, on Ladybug). However, he becomes close friends with Marc Anciel at the end of "Reverser". 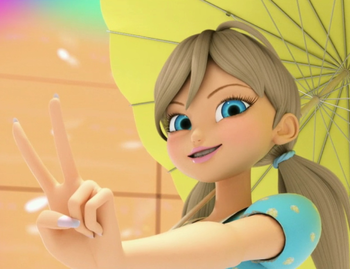 "I should have won. I have the talent, the star looks, everything! But she took everything away from me. They took everything away from me!"
Voiced by: Geneviève Doang (FR), Mela Lee (EN), Lourdes Arruti (MEX), Einat Azulay/עינת אזולאי (HEB), Blanka Nagy (HUN), Jelisaveta Karadžić (SER), Nataša Mirković (CRO), Viktoriya Moskalenko/Вікторія Москаленко and Natalya Romanʹko-Kyselʹova/Наталя Романько-Кисельова (UKR, voice-over and dubbing, respectively), Tiril Heide-Steen (NOR), Chiara Oliviero (ITA), Rika Morinaga (J)

One of the finalists for KIDZ+'s Miss Weather Forecaster contest. She is a student in Ms. Mendeleiev's class. 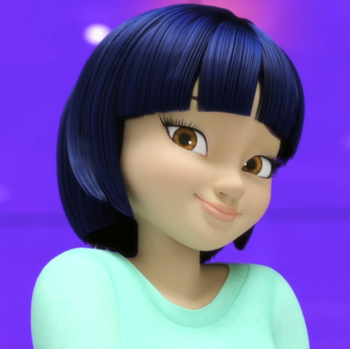 One of the finalists for and winner of the KIDZ+'s Miss Weather Forecaster contest. She is a student in Ms. Mendeleiev's class. 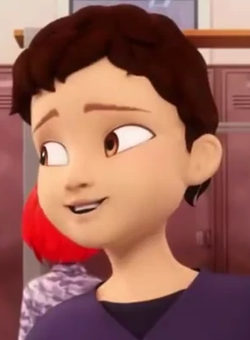 A student in Ms. Mendeleiev's class. 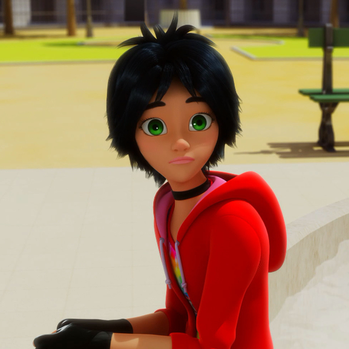 "But... what if he doesn't like it? I'll be so embarrassed! I'll have to change schools, so I'll never run into him again!"
Voiced by: Alexandre Nguyen (FR), Kyle McCarley (EN), Hugo Myara (BP), Gabriele Patriarca and Gianluca Cortesi (ITA, Season 2 and 3, respectively)

An aspiring and shy writer who joins the school's Art Class. He seemingly has feelings for fellow art classmate Nathaniel, which he seems to reciprocate after the events of "Reverser". 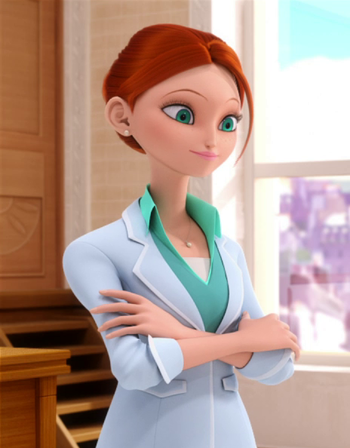 A teacher at Marinette and Adrien's school; she teaches literature and is the kids' homeroom adviser. 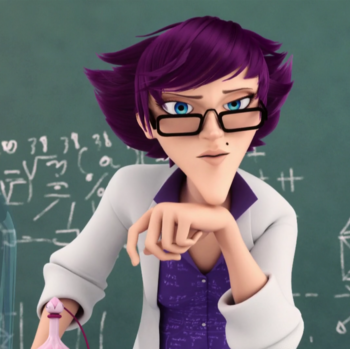 A science, mathematics, and physics teacher at Marinette and Adrien's school. 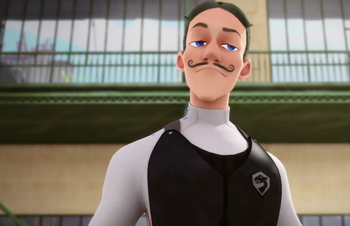 The P.E. coach and fencing instructor. 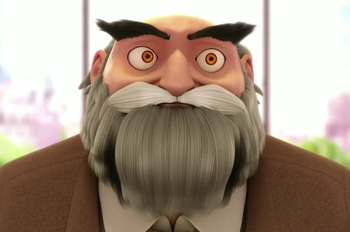 The principal at Collège Françoise Dupont. In "Dark Owl", he tries his hand at vigilantism, becoming The Owl. 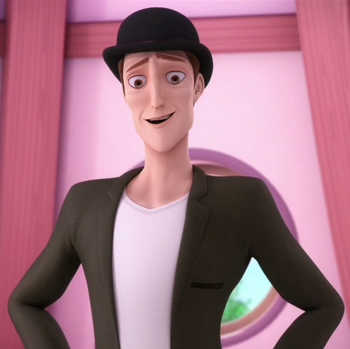 Fred is an assistant educator at the school, a pantomime performer, and Mylène's father. 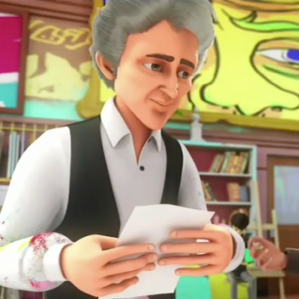 The teacher in charge of the school's art club.