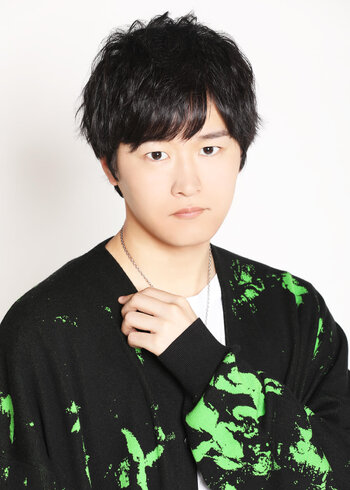 Ryota Ohsaka is an up-and-coming seiyu born on August 2, 1986. A relatively late (age-wise) newcomer in the industry, who landed in his first lead in Tsuritama in 2012. Since then, he’s been cast in a variety of main and supporting roles in lots of different shows. He has a versatile voice and has been cast as gentle and Bishōnen, or loud and hot-blooded characters alike.

Apparently, he's a fan of Akira Ishida, particularly his roles in Tales of Eternia and Mobile Suit Gundam SEED. He wanted to be cast as a mecha hero, a wish that was eventually granted. He later gained the opportunity to act in one of the Tales of games, the same series that inspired him to work as a voice actor.

On October 23, 2019, he announced his marriage to fellow voice actor, Manami Numakura and gave birth to their first child, a boy, on December 19, 2021.