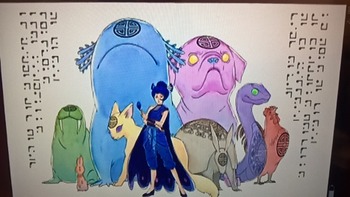 Mystical creatures created from a person's emotions. They are made using the Peacock Miraculous and currently exist to serve as stooges for any designated villain. 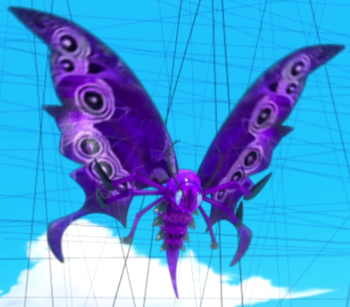 "Let your despair be embodied in a powerful protection!"

The first sentimonster Mayura manifests. Accompanies Hawk Moth. Manifests from Hawk Moth's despair in his defeat. The amok is in his broken cane.

"Enhance and hone that frustration!"

A humanoid lollipop creature that manifests from August's frustration over not being able to have lollipops. The amok is in his pacifier. 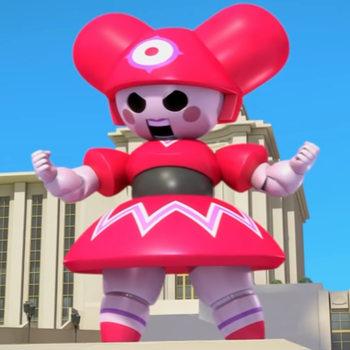 "To help you succeed, you'll be assisted by Reflekdoll. She'll be entirely under your control."

An enormous doll that accompanies Reflekta, and manifested from Juleka's frustration over being unable to take part in a photoshoot. The amok is in Juleka's hairclip. 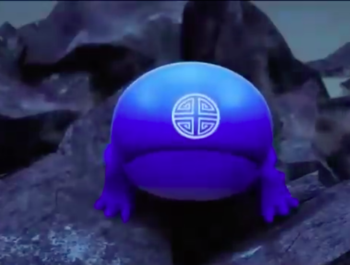 An ancient frog-like Sentimonster made by a young Master Fu, manifested from his own hunger and anger during a guardian trial, turning it into a Miraculous eater. The amok is in his guardian staff. 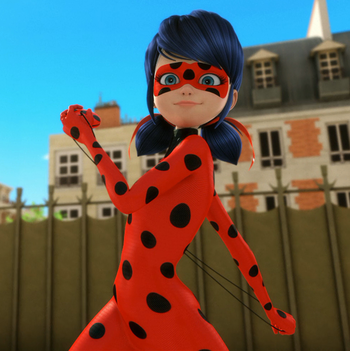 Voiced by: Cristina Vee (EN)
"Ladybug, I am Mayura. You are Cat Noir's true teammate, and you've one goal: to get hold of the Miraculous."

A perfect copy of Ladybug made by Mayura, manifested from her dedication to Hawk Moth. Her amok is in Nathalie's Eiffel Tower keychain. 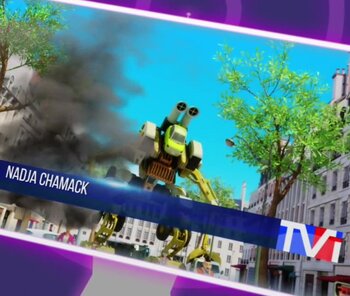 A copy of Markov's akumatized form, made as a distraction by Mayura while Hawk Moth is in New York. 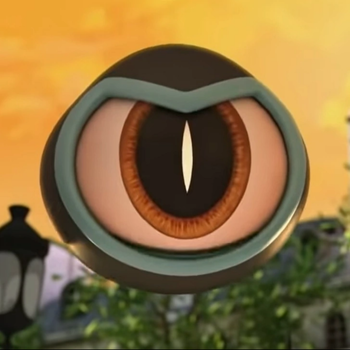 A giant floating eye that assists Truth in getting people to tell the truth, and manifested from Luka's frustration about Marinette's secrecy. The amok is in Luka's guitar pick pendant, which is also his akumatized object. 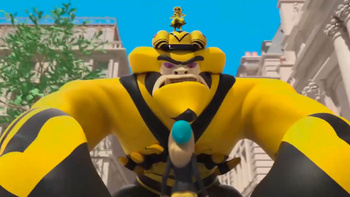 A giant yellow gorilla with black stripes that accompanies Queen Banana. The amok is in Chloé's banana hair clip, which is also her akumatized object.

"I am Gabriel Agreste. And I do indeed have every power I need to find my wife's ring. Including the power to destroy your life. I don't need to be Shadowmoth for that."

A copy of Gabriel Agreste created by Shadow Moth to fool his nephew Félix from thinking his uncle is Shadow Moth, and get the ring he stole from the real Gabriel. He is later akumatized into the Collector to capture people and force them to reveal their secrets. 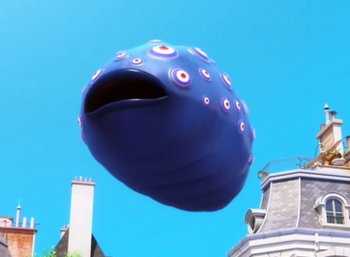 A flying blue leviathan that assists Malediktator in manipulating the Parisian public to obey his commands. The amok is in the mayor's sash, which is also his akumatized object. 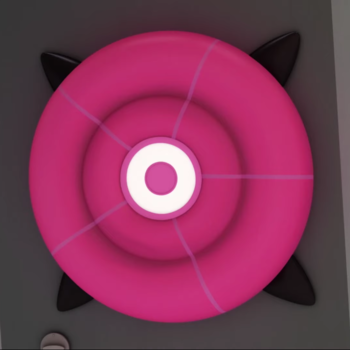 A pink vortex that accompanies Reflekta, being the second sentimonster made for that specific villain. Manifested from Juleka's guilt over revealing Rose's illness, which she asked her not to. The amok is in Juleka's phone. 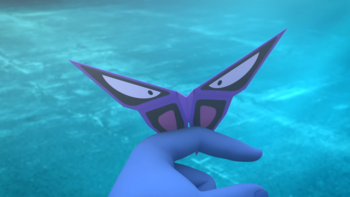 An origami butterfly that resembles an akuma. Made by Mayura, manifested from her desire to discover Ladybug's identity. The amok is in Nathalie's tablet. 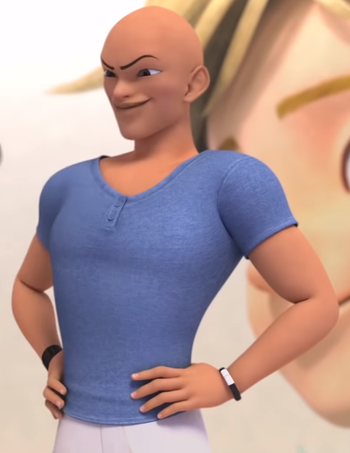 A copy of Alec Cataldi created to replace the real Alec at a ceremony. The amok is in Shadow Moth's cane.

A copy of Nino Lahiffe created as a way to make it easier for Optigami to enter the Turtle Miraculous in order to find out Ladybug's identity. The amok is in Shadow Moth's cane. 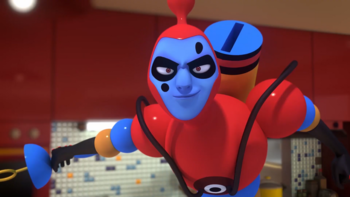 A copy of Nino Lahiffe's akumatized form of the Bubbler. His amok is in Shadow Moth's coffee cup. 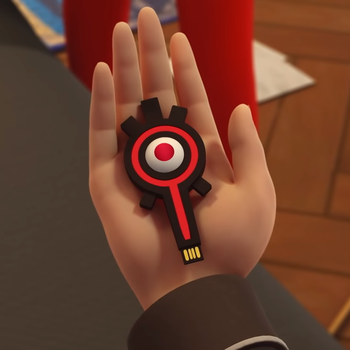 A living USB thumb drive that can hack into any technology, specifically Markov, and control it. 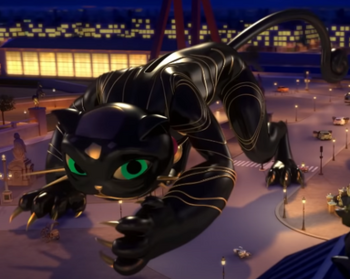 A colossal coal colored cat who creates chaos and conundrums in the city at crepuscule. The amok is hidden in the maneki neko figure of a girl named Rythm sad due to losing her cat.