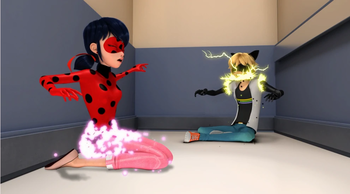 You will go crazy after seeing the entire plot.

Ladybug and Cat Noir have lost their memory and a mysterious villain is prowling around Paris. Will our amnesiac heroes manage to defeat Oblivio and turn him into just a bad memory?