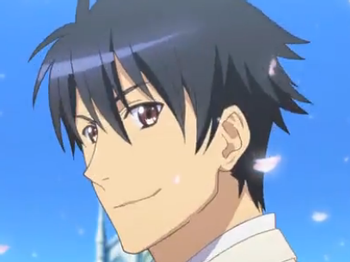 The protagonist, host of Miia, Papi, Centorea, Suu, Meroune, Rachnera, and Lala, and guinea pig for the inter-species marriage amendment to the exchange program. 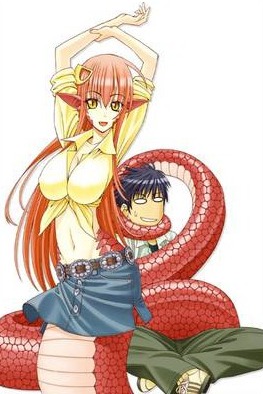 Miia is a lamia and the first girl that Ms. Smith just dumped off on Kimihito. It didn't take long for her to fall in love with him and she has little problem turning on the charm to try to get him to make a move. 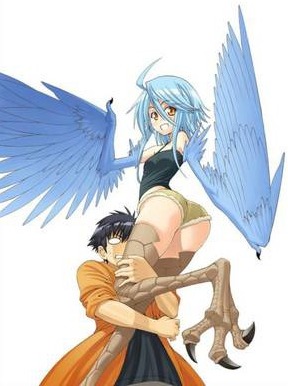 A harpy and the second girl to end up living with Kimihito. She's childish, both physically and mentally, despite being as old as Miia. 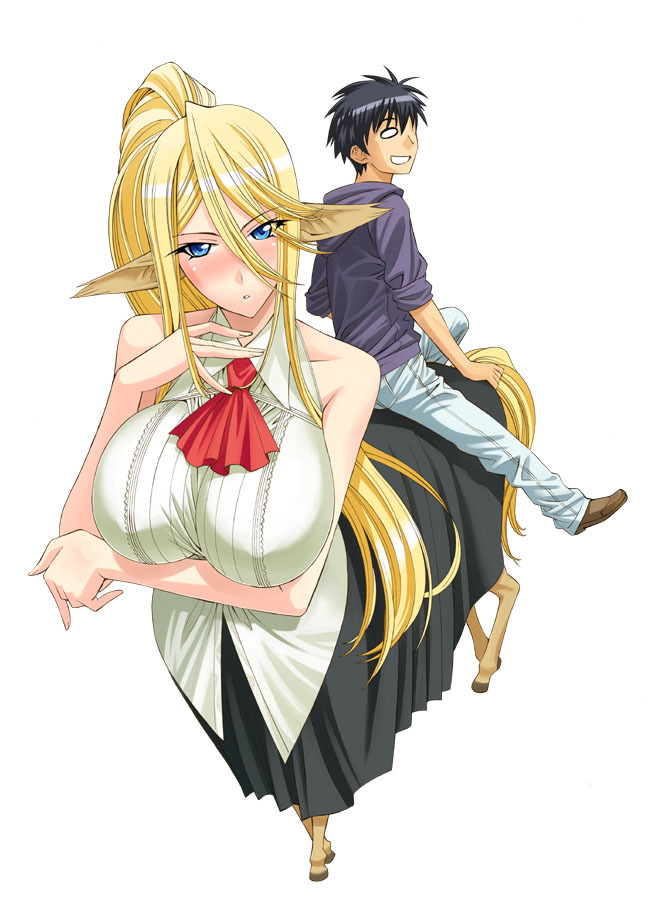 A centaur and the third girl to move in with Kimihito. Very prim and proper, as expected from a self-proclaimed knight. 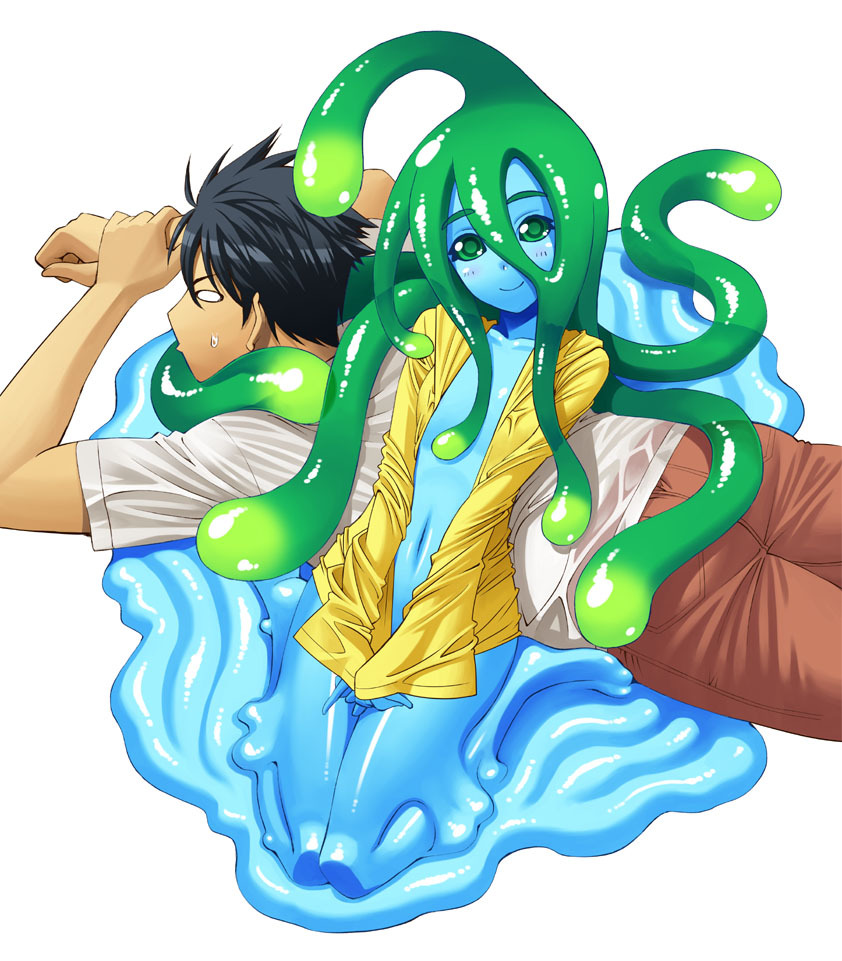 A slime girl who just randomly showed up one night at Kimihito's house. She seems to mostly mimic the behavior of those around her. 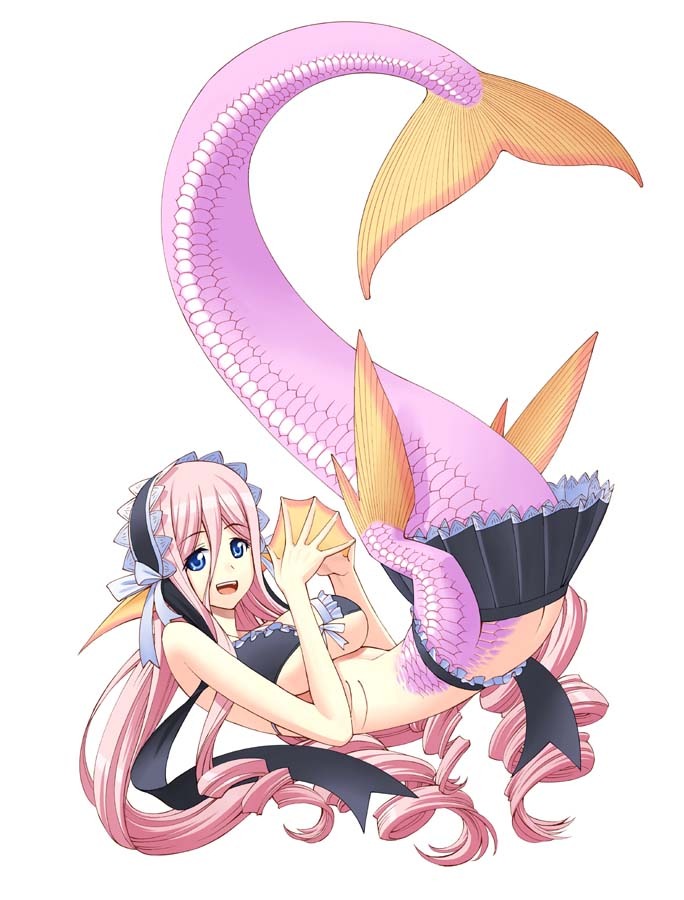 A mermaid and the fourth girl to officially move in with Kimihito (Ms. Smith has, unsurprisingly, considered Suu to not be her problem). Wheelchair-bound for obvious reasons when out of the water, she first meets Kimihito when she loses control of it and he saves her. After she helps him find the other girls, it's revealed the waterproof room being built in Kimihito's house wasn't for Suu at all; instead it was so Ms. Smith could dump her off on him. 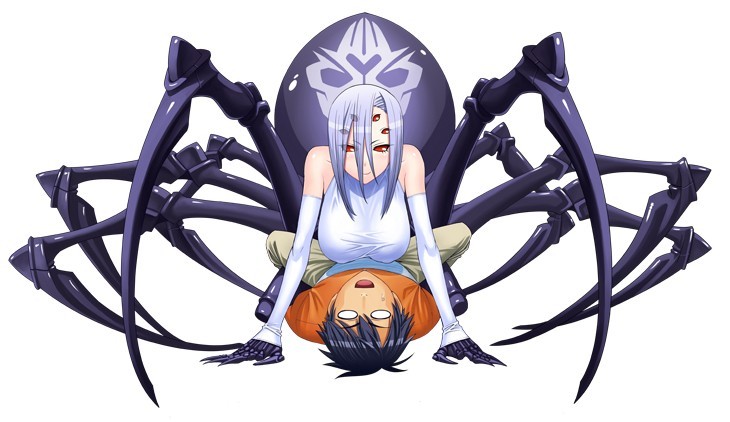 An arachne and the fifth girl to officially move in with Kimihito. Her original host family had sold her off to the director because they were expecting a monster girl who wasn't so...monstrous. This and the director's behavior left her hating humans, until she met Kimihito. 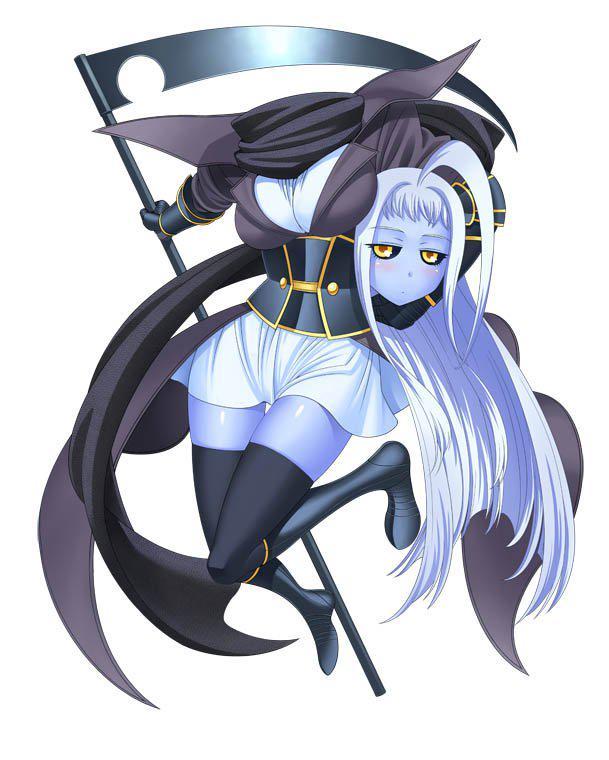 A dullahan, the second "D", and the sixth girl to officially move in with Kimihito. She initially introduced herself as a grim reaper who was there due to Kimihito's impending death, when in fact she merely enjoys pretending to be a grim reaper and really showed up because she was on the run from Ms. Smith and fascinated by Kimihito's apparent invulnerability.

Because she's introduced comparatively late into the story, and because several significant reveals are linked directly to her, Lala is a Walking Spoiler. You have been warned.