Due to the Spoiler Policy, some spoilers will be unmarked. 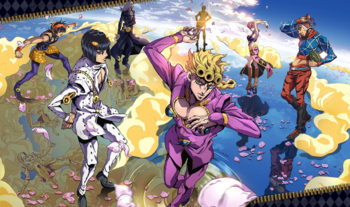 ♫ Stand up, join us, modern crusaders alive! ♫ note From left to right — Narancia, Bucciarati, Abbacchio, Giorno (Front), Fugo (Back), Trish and Mista.
"So, Giorno, if we ever want to find our man of mystery, we have to get him to notice us. We have to gain the trust of someone close to him, or we'll never be able to overthrow the boss. Our first job is to improve our standing in the famiglia. We'll earn the rank of capo, but you and I can't do it alone. We need a team we can trust. If we want to beat the boss, this is the only way."
— Bruno Bucciarati to Giorno Giovanna

Team Bucciarati is one of many gangster teams within Passione. Led by Bruno Bucciarati, they are trying to rise within ranks of its infrastructure. The team is unique in a sense that Bucciarati has built his team out of society outcasts, meeting each of his members at the lowest point in their lives and taking an active role in uplifting them. As such, they are a close-knit group united as much by comradery as by their deference to Bucciarati's leadership, with the exception of Giorno Giovanna, having instead convinced Bucciarati to let him to join his team as their Sixth Ranger. It's primary activity is to protect their assigned territory and collect the protection money from the restaurants and port, a job at which they excelled considering Bucciarati's popularity among Naples community, as people gladly salute him on the streets and at the same time Bucciarati hears their requests for help. After the death of their capo, Polpo, Bucciarati takes over his position as a capo and assigned to protect Trish Una, the Boss' daughter, until she and her father reunite.

"Come what may, I refuse to give up my dream."
"This is what it means—to have determination! To forge your path through the darkest of light!"

Son of Dio Brando and conceived after DIO had transferred his head to Jonathan Joestar's body, Giorno Giovanna is a part of both the Joestar and Brando bloodlines. His goal was to join up with the most powerful gang in the Italian mob and set things right from within. As soon as he joins, he gets roped into travelling with Bucciarati's gang of Stand users, eventually protecting their boss' daughter. Giorno is calm and cold under almost any circumstance like his father, but much like his other bloodline carries a fierce and noble goal, and has an unbelievably deep amount of rage boiling inside him. Unlike everyone else in his line, who are all hammy, Giorno prefers a mute, calm rage, though is capable of blowing his top when the need arises.

His Stand, Gold Experience (named after a Prince album

), can give life to inanimate objects, usually by turning them into animals or plants, or by giving excessive life energy to someone to make them lose sync with their actions. It also deflects attacks done to the creatures back to the attacker, and later on, Giorno finds a way to heal injuries with it by replacing wounds or missing body parts with objects he's given life to.

Note that for the Theme Naming of JoJo, his name is romanized as Joruno Jobana, though during Part 5, Araki would romanize it as GioGio. It's still pronounced the same. Also apropos to the Italian setting, the fans refer to this part by its Italian title Le Bizzarre Avventure di GioGio.

) can give life to inanimate objects, usually by turning them into animals or plants, or by giving excessive life energy to someone to make them lose sync with their actions. It also deflects attacks done to the creatures back to the attacker, and later on, Giorno finds a way to heal injuries with it.

"Believe me, I realize how all this must seem to you, but the actions I take are righteous and just. I've no regrets. Though our world is unjust, I will strive to walk the path that I believe in."

The leader of one of Passione's territorial gangs. He helps spur Giorno into joining Passione and acts somewhat as his adviser. Bucciarati is driven by his loyalty to the townspeople, as well as the desire to clean up crime in his division and his role as leader and protector of his troops. Completely serious 100% of the time, the only times he ever smiles are few and far in-between.

His Stand, Sticky Fingers (named after a Rolling Stones album), can create zippers for a number of needs. Warping himself or objects, passing through walls, detaching and attaching body parts, and so on are on the list of things he can do.

"There's a word for folks like me... we're utterly hopeless. We never see things through to the end. And our shortcomings always lead to failure."

A former police officer who became disillusioned by the contradictions of his job and the corruption of the justice system. At one point, he reluctantly took a bribe from a minor crook to let him go. Later, he caught the same crook during a burglary and was threatened with having the bribe revealed if the crook went to jail. Abbacchio's hesitation let the crook shoot at him, making his partner sacrifice his life to save Abbacchio. Abbacchio was ejected from the police force due to this incident.

His Stand, Moody Blues (named after The Moody Blues), can replay events that occurred in whatever location he's present in. It can also shapeshift into any individuals that were present at the time and mimic their previous actions.

"I have no choice... that's what it means to have resolve!"

A hotheaded, superstitious, initiative-taker apt with a gun. He lived a simple, carefree life of hedonism until he came across an Attempted Rape, whereupon he instinctively rushed toward the woman's assailant and kneed him in the gut. When the thug's three friends shot at Mista in retaliation (miraculously missing all of their shots), Mista stole one of their pistols, reloaded it, and perfectly shot them all in the face. Mista was arrested for this, the court unwilling to believe this outrageous story, and was sentenced to 15 to 30 years in prison. Luckily, Bucciarati heard of this incident, changed the verdict, and inducted him into the gang.

His Stand is "Sex Pistols" (named after the Sex Pistols), which is a multi-body Stand like Shigechi's Harvest from Part 4. Sex Pistols is split up into six beings numbered 1 to 7 (skipping 4 due to Mista's fear of the number) which allows him to steer and ricochet bullets mid-flight and make extremely impressive trickshots. 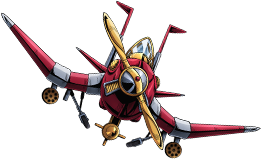 A boy who dropped out of school to just have fun with his delinquent friends, only to be framed for a crime he didn't commit by the very same. After being found by Fugo, Bucciarati let him into his group. Very cocky, cranky, and head-strong, Narancia is the only member of Bucciarati's to act his age or anywhere close. He's very emphatic to people as well and has the unfortunate streak of being hit by Stands first.

His Stand, Aerosmith (named after the band Aerosmith), looks like an RC fighter plane. It's a long distance Stand capable of shooting off live ammo as either multiple bullets or bombs and can act remotely by giving Narancia a radar that responds to carbon dioxide (particularly breathing). 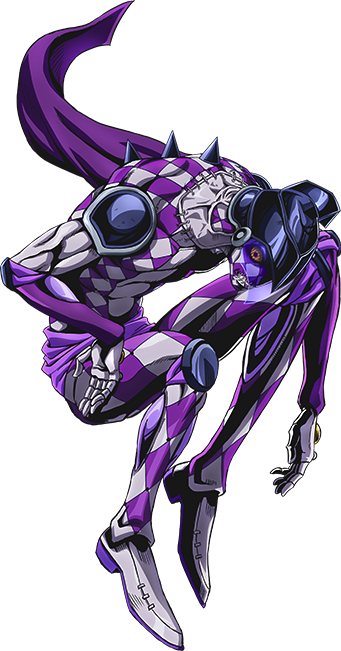 A member of Bucciarati's gang and one of the most mature and smart people in the group... at least until he loses his temper. With an IQ of 152, Fugo joined the Mafia after having problems in school due to his high intelligence and temper not matching well with teachers. He stars in both novels based off Part 5: Miya Shotaro's Golden Heart, Golden Ring and Kouhei Kadono's Purple Haze Feedback.

His Stand, Purple Haze (named after a Jimi Hendrix song), is a hardly-controllable monster dressed similar to a Roman soldier. On both its fists are a set of three dome-shaped capsules; if these capsules break, whether it's from Purple Haze punching something or firing them like an air gun, they release an airborne virus that rapidly consumes the flesh of anyone within a five-meter radius. During the events of Kouhei Kadono's Purple Haze Feedback novel, it evolves into Purple Haze Distortion, which modifies the viruses to eat each other. Fugo can take advantage of this by intentionally breaking a capsule near himself to give him a temporary resistance to viruses from the other capsules, as the viruses in his body will mutually consume each other and cancel out. 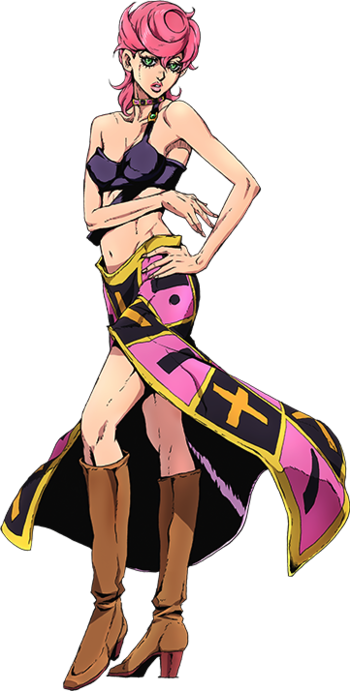 The Boss's daughter of 15, Trish has never once met her father and has only heard of him through her mother's words. After finally finding his connection to Passione, she is taken in and protected by Bucciarati's faction. Starts out spoiled and honestly terrified of seeing her father, but later becomes strong enough to fight.

Her Stand, Spice Girl (named after the Spice Girls), can soften any inanimate object into a rubber-like state, which also makes said objects completely indestructible aside from the Stand itself. 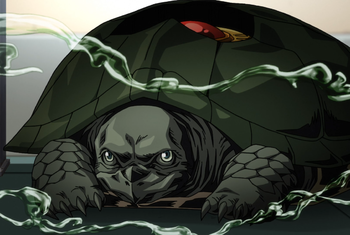 A regular tortoise that was granted a Stand, presumably by the Arrow, that can be distinguished by a large ornamentation built into its shell.

Its Stand, Mr. President, manifests as an inter-dimensional and well-furnished hotel room that Coco Jumbo carries around within it. His stand is named after a German band

, and he himself is named after a hit