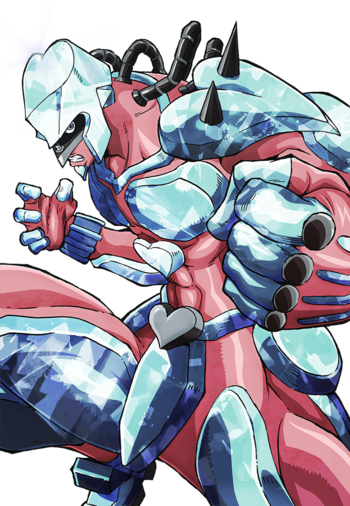 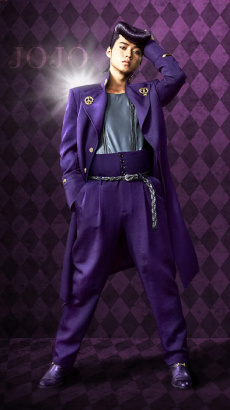 to see Josuke as he appears in the live-action film.

The illegitimate son of Joseph Joestar. Josuke is known for his unique hairstyle and fierce temper regarding said hair. His adventures started when Jotaro tracked him down and informed him that he was Joseph's son and warned him about the deadly Stand user Angelo, who killed his grandfather shortly after the start of the story. Following that, he is pulled into the search for the serial killer that threatens Morioh-cho.

His Stand is Crazy Diamond, which allows Josuke to repair objects as he sees fit. This can be applied in several ways, including healing wounds, breaking two objects and combining them into one, and reducing something to its original components.

Note that going with the Theme Naming of JoJo, the second kanji in his first name, can also be read as "jo," as well as that his proper name would be Josuke Joestar. 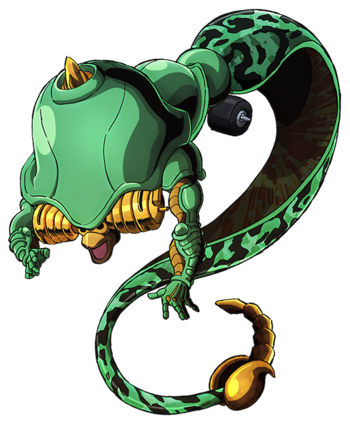 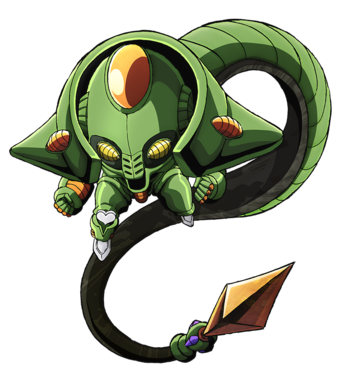 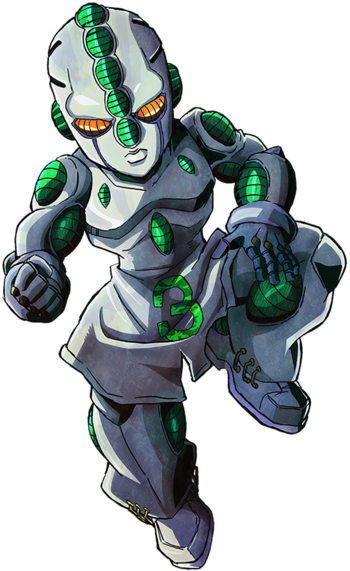 A schoolmate of Josuke's. He led a perfectly normal, boring life until he was pierced by the Stand Arrow. While he was too weak for it to work and was fatally wounded, Josuke healed him with Crazy Diamond, allowing him to eventually use the Stand granted to him by the Arrow.

He makes two appearances in Vento Aureo, first arriving in Italy at Jotaro's request to investigate DIO's son, Haruno Shiobana, only to get robbed by his target, who now goes by Giorno Giovanna. Later on, he assists Giorno in his fight against Black Sabbath.

Koichi uses a sound-based Stand named Echoes which comes in several "Acts", each with a different power set. He can only use one version of Echoes at a time, but can freely switch between them.

Echoes is named after the Pink Floyd song "Echoes"

, from the album Meddle. 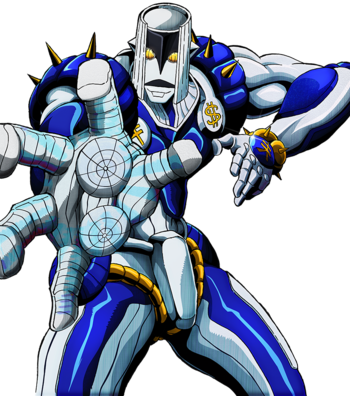 Josuke's schoolmate. At first, he antagonizes Josuke at the behest of his elder brother, but the two later become friends. He's a bit slow on the uptake.

Okuyasu's Stand is The Hand. When he swings his right hand, anything along the arc's path will vanish, and the resulting gap will close; for example, if Okuyasu erases the middle section of a sign, the two ends will join in the middle. Okuyasu commonly uses this ability to teleport by erasing the air in front of him and zooming in to replace it. Despite the incredible potential of this ability, Okuyasu is too stupid to consider its implications and is poor in a fight. Well, most of the time.

Okuyasu's Stand, The Hand, is named after The Band. 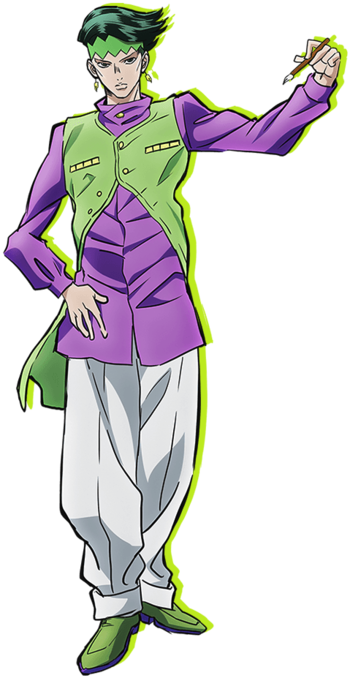 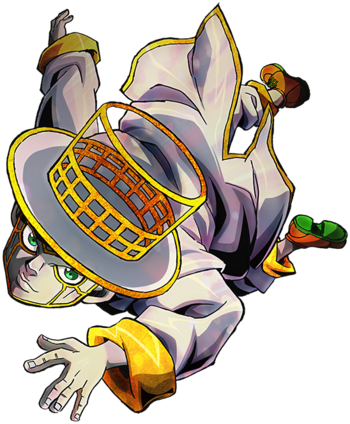 "Did you think the great Kishibe Rohan draws comics because he wants money!? I draw comics because I want to be read! That's the one and only reason. I couldn't care less about anything else!"

A mangaka noted for his incredible success at just 20 years old and his extremely eccentric personality. His Stand is Heaven's Door, which makes the first person who sees a new artwork of his (and tracing his finger in the air is adequate) into an "open book" that he can freely read and write notes in. With these notes, he can alter people's personalities with phrases like "I cannot attack Rohan Kishibe" or "I speak fluent Italian"; even things like "I will fly backward 10 meters" will have an effect.

Rohan is often roped into paranormal events while conducting research for his latest manga. He is notable for being featured in a variety of spinoffs to the main Jojo story, including the series Thus Spoke Kishibe Rohan, Rohan at the Louvre, and Kishibe Rohan Meets Gucci.

The ghost of Yoshikage Kira's first victim. She clues in Koichi and Rohan to the presence of a serial killer in Morioh.

"Sometimes I wonder if I was born to parents with no love for each other."