This is the sheet for characters who appear in spinoff material. Because the primary creators of these works are not Araki himself, these characters may be considered non-canon.

A mercenary hired by DIO to attack the Crusaders. His Stand is Satanic Coupler, a hellish and incredibly durable train.
Michal

Absalom's sister. Her Stand is Dark Mirage, which can create mirages and make them real.
The Scribe Ani

A mummy-like immortal servant to DIO. His stand is Ptah, also known as The Book of Genesis or The Genesis of Universe. Ptah is a history book, and can turn its contents into reality, whether it be historical or legend.

A 17-year old Italian girl who has issues controlling her stand, The Cure. The Cure is a rabbit that can heal physical wounds, illness and emotional distress, growing bigger as it does so. If it absorbs too much pain it goes berserk, and grows stronger the more it is damaged.
Rigatoni

A Passione hitman whose existence is known by only a few in the organization. He specializes in assassinating stand users and is known as the "Stand Killer." He is retired by the start of the story, but accepts a job from Sogliola so he can face off against Mista.His stand is Public Image Limited, which he integrates with a sniper rifle bullet. Once the bullet hits a Stand user, it absorbs energy on contact. The more successful shots, the more energy it can store, allowing Rigatoni to possibly quadruple its speed and increase its damage and penetration.
Sogliola Lopez

A Passione capo who is ordered by Diavolo to execute Bucciarati's group. His Stand is Joy Division, which can swap objects he touches with his right and left hands.

A high school student seeking revenge against his father. His Stand is The Book, a book that contains all of his memories.
Chiho Futaba

An aspiring novelist researching Morioh's landmarks for ideas. She lives with her father, Teruhiko, who spoils her. She also falls in love with Takuma Hasumi, who unbeknownst to her is her half-brother.
Akari Hirai

A corrupt architect who's swindled millions of yen. His Stand is Memory Of Jet, which can wipe a target from people's perception. 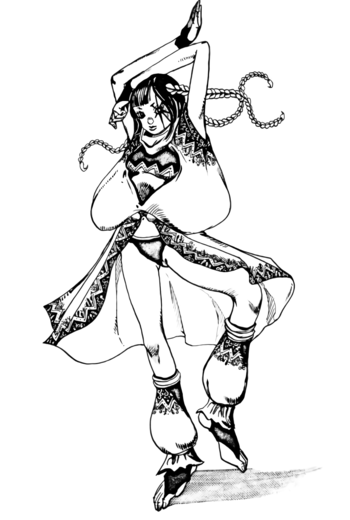 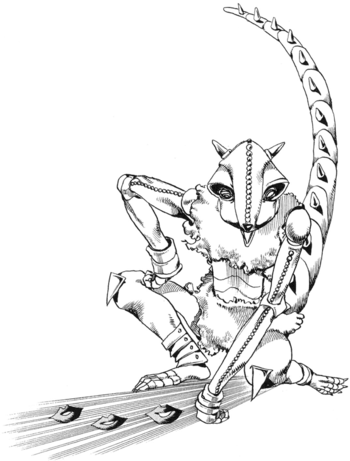 One of Giorno's personal bodyguards after he takes over Passione. She is sent to assist Fugo with taking out Passione's former narcotics team.

Her Stand is Voodoo Child, which can place lips on locations it punches. These lips repeat whatever was said near those locations. If Voodoo Child punches someone, then the lips will repeat that person's deepest secret, causing emotional damage and possibly death depending on the target's mental strength.

Cannolo Murolo (Stand: All Along the Watchtower) 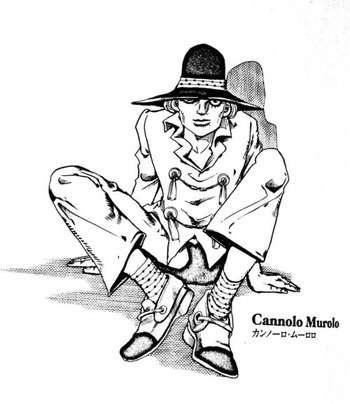 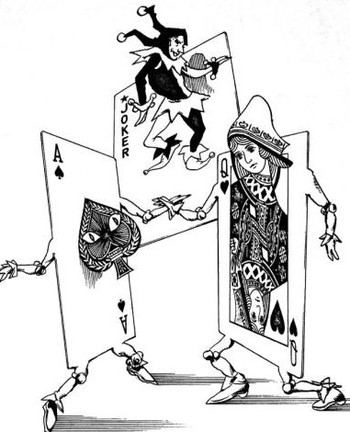 The Passione Data Analysis Team Supervisor. He is part of the team sent after Passione's former narcotics team.

His Stand is All Along the Watchtower, an animate deck of cards that divines information. Actually, they just hide and spy on anything of interest. 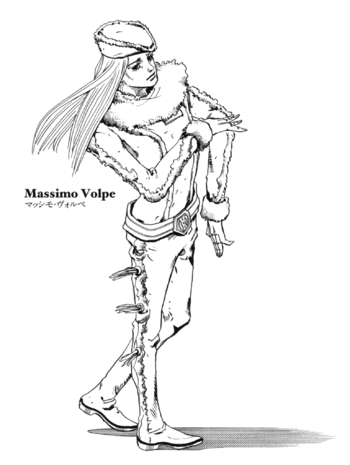 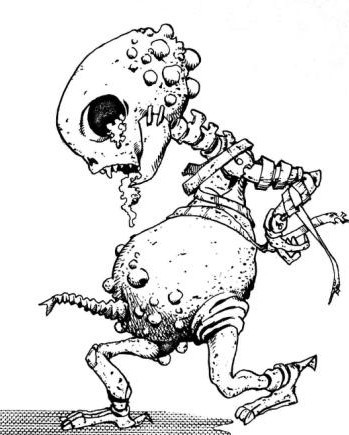 Formerly the lead developer of Passione's narcotics team, he joined the gang after his family's debt increased significantly.

His Stand is Manic Depression, which can manipulate an organism's biological functions when it pierces it with its thorns. It can also convert any kind of powder-like substance into a powerful opiate, which eventually reverts to its original form after two weeks. 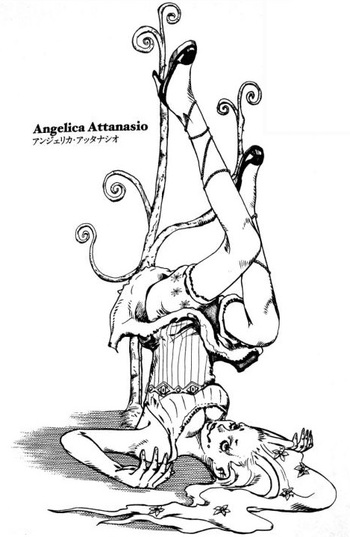 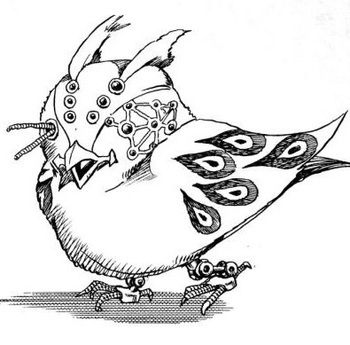 A member of Passione's old narcotics team, Angelica is a sickly drug addict, but is still rather chipper.

Her Stand is Night Bird Flying, a bird that can inflict fatal drug addiction onto targets so long as they are in range. 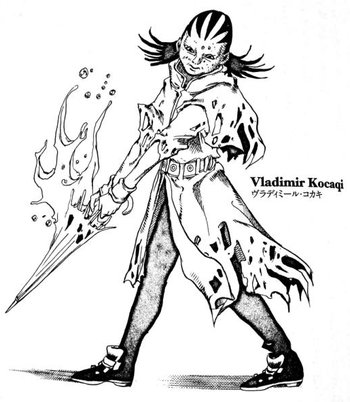 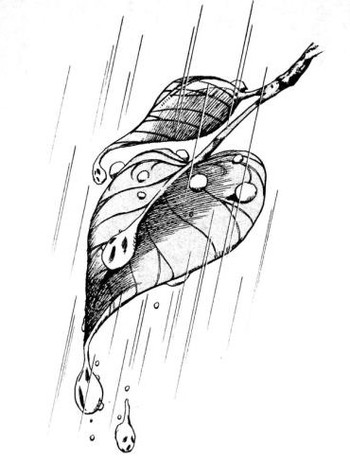 The capo of the Passione narcotics team. Raised during the second world war, he grew up to become a proud Sicilian, steeled by his past and living a life free of regret. 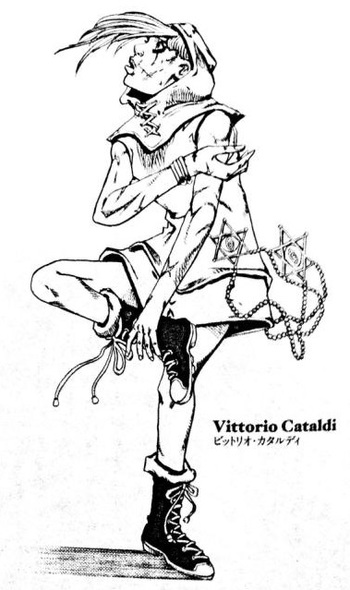 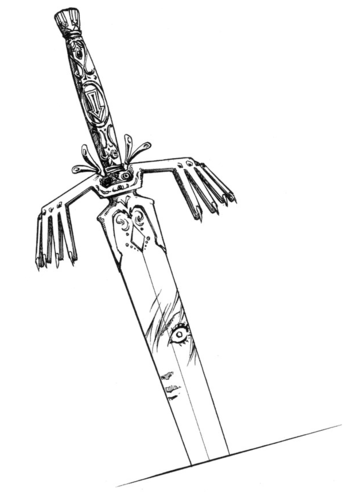 A member of the Passione narcotics team, and a crazy, masochistic thug.

His Stand is Dolly Dagger, a dagger that can reflect 70% of the damage its user takes onto the person reflected in its blade, while Vittorio himself takes the remaining 30%.

A 15-year old detective from a parallel Earth. He goes to Morioh to investigate a murder, and gets tangled in a bizarre adventure.
Tsukumojuku Kato

The first Jorge's bully. His mother forced him to repeatedly shed his own skin, forcing him to develop an unnamed Skin Generation Stand. He acts as one of the novel's major antagonists and is in fact the creator of Passione, using his stand's zombie creation ability to create Giorno and Diavolo.

Old Man Stand User
An unnamed old man who attacks the Crusaders who appears exclusively the Stardust Crusaders audio drama CD. His stand is Strange Relation, a pipe organ that, when played, allows for the user total control over those who hear the music.

Voiced by: Hiroki Yasumoto
A servant of DIO, Dija is the primary antagonist of the real-world event, JoJo's Bizarre Escape: The Hotel

His Stand is House of Holy, which binds itself to a building and turns it into a maze.

Voiced by: Hidenori Takahashi
The primary antagonist of the real-world event "Escape from JoJo's Bizarre Museum". He traps the Stands of Bucciarati's team in glass boxes and gives them 60 minutes to escape or they'll be turned into statues forever.
Jouta Kujo

The son of Jotaro and Kakyoin who hatched from an egg, featured in the 1994 CLAMP manga JoJo's Bizarre Married Life.

His Stand, Charmy Green, can unravel its arms into strings and punch things.