What Could Have Been / Live-Action Films 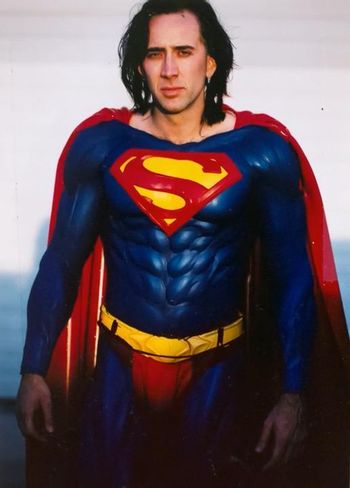 You wouldn't believe that Johnny Blaze tried to fly.note This was what Superman Lives was going to have if Nicolas Cage was attached. Seriously

. At least he got to play him in Teen Titans Go! To the Movies.

What Could Have Been page for live-action movies.

open/close all folders
Back to the Future Series
Batman

The Chronicles of Riddick Series
Die Hard Series
Every installment of the Die Hard franchise, except Die Hard 2 and A Good Day to Die Hard, began life as a completely different project and/or a standalone film that was reworked to fit the series.
Dirty Harry Series
The Fly Series
The Godfather Series