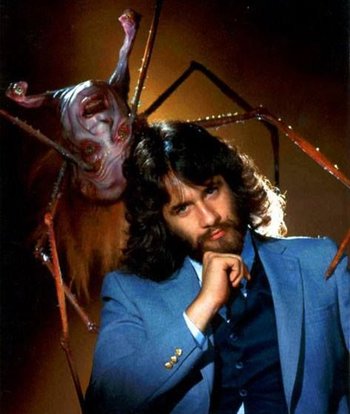 "I like weird things, I've tried to gravitate toward the incredibly strange."

Rob Bottin is a special effects artist who began his career at age 14 after sending a letter to his idol Rick Baker who was impressed by his drawing and molding skills, he eventually formed his own company Rob Bottin Studio, he abruptly retired in 2002 when he just wasn't getting work in the horror and action films he desired, part of this was due to the film industry's reliance on CGI over practical effects.