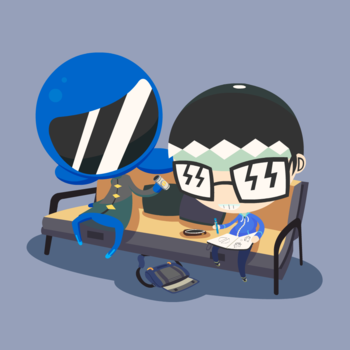 James Franzen, known commonly online as GoshaDole or Radio Gosha, is a visual artist and animator. The radio part of Radio Gosha comes from the fact that most if not all of his animated videos tend to be that of the musical variety, most commonly works by S3RL and Initial P.

Notably, several of his works appear to be connected by a vague but possible plot line, which may or may not exist at all.