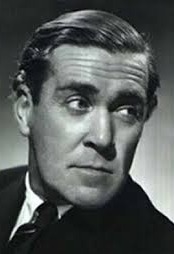 Peter William Shorrocks Butterworth (4 February 1915 — 16 January 1979) was an English actor who was known for his frequent appearances in the popular Carry On film series.

He began his adult life as a lieutenant in the Royal Navy and served during World War II, where his fighter plane was shot down in Holland in 1940. He was captured and thrown in a prisoner of war camp, where he met fellow prisoner Talbot Rothwell, and the two of them became close friends; when the prisoners tried to escape, they would be the distractions by singing songs and doing stand-up.

After the war, Butterworth married comedienne and impressionist Janet Brown in 1949, and the two of them had a son and daughter. He also began to appear in pantomimes and bit parts in movies, and was first nationally noticed when he appeared in a Terry-Thomas TV sketch portraying a chauffeur, and then became a television presenter for children's television throughout the 1950s.

In 1965, he debuted in the Carry On movies in Carry On Cowboy. He wasn't actually considered at first by the production staff but good friend Talbot Rothwell (who had been the screenwriter for at least four of the movies at that point) convinced them to offer him the job. He continued to be in the series for 16 other films, mostly portraying timid bumbling sidekicks, as well as making a couple of uncredited cameos that were arguably very memorable.

In between the series, he appeared in a couple of Val Guest films and a movie adaptation of A Funny Thing Happened on the Way to the Forum in 1966. He also made a cameo in Dad's Army and made a bit of Doctor Who history portraying the first non-Doctor Time Lord to appear on the show, playing the "Meddling Monk" in two serials with the First Doctor William Hartnell.

After filming The Great Train Robbery, Butterworth appeared in a pantomime production of Aladdin as Widow Twankey in early January 1979. The production team were concerned that he hadn't shown up for the final rehearsal after the performance he'd turned up for the night before. When they arrived at his hotel, they found him dead at the scene, suspected of having a heart attack.

Out of respect, the pantomime was cancelled and Butterworth's recorded appearances were released posthumously. He was survived by his wife and two children.