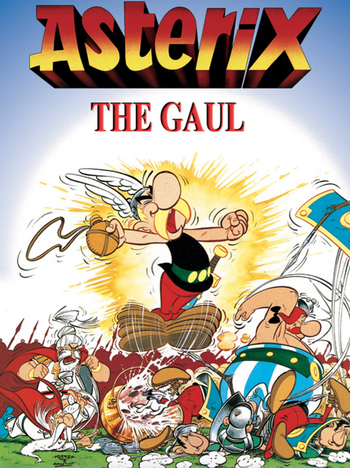 It is the first feature length Animated Adaptation of the Asterix comic books, and is based on the namesake album, Asterix the Gaul, which is the first entry in the comic-book series. Gérard Calvi composed the film's score, and Roger Carel voiced Asterix for the first time.

Asterix the Gaul provides examples of: