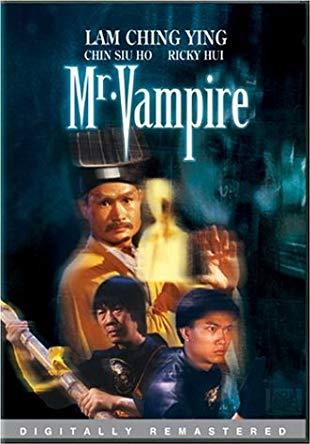 Mr. Vampire (Also known as Hold Your Breath for a Moment) is a 1985 Hong Kong supernatural horror comedy, directed by Ricky Lau, and produced by Sammo Hung. It was notable for helping the supernatural / vampire genre into the whole Asian Film Industry. The film was an immediate success and was followed by three sequels, a 1992 remake (with Hung producing again) and several spin-offs.

Taoist priest Kau (Lam Ching Ying) is asked by rich businessman Yam, to organize a reburial for Yam's father, to prevent his corpse from coming back to life as a geung-si (or simply a Chinese Vampire). However, things go wrong as expected, the corpse comes alive, and creates havoc in the village.