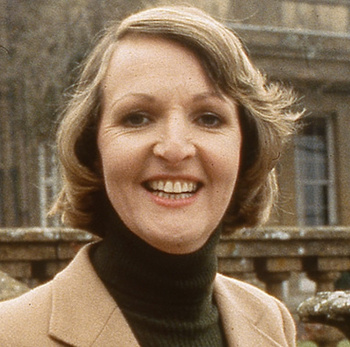 "I was very tall and very plain - I wasn't going to get very far on looks - so I thought I'd better be the funny girl."
Advertisement:

Dame Penelope Anne Constance Keith, DBE, DL, (2 April 1940), is a British actress best known for her many roles in The Good Life and To the Manor Born.

From The '60s to the start of The '70s she made several small roles in sitcoms, before 1975 when she finally achieved fame when she was cast as Margo Leadbetter in The Good Life. Two years later she won a BAFTA for her performance.

In 1979, landed the starring role of Audrey fforbes-Hamilton in To the Manor Born, which was followed by a further six sitcoms: Sweet Sixteen, Moving, Executive Stress, No Job for a Lady, Law and Disorder and Next of Kin.

Nowadays, she mostly works in theatre.