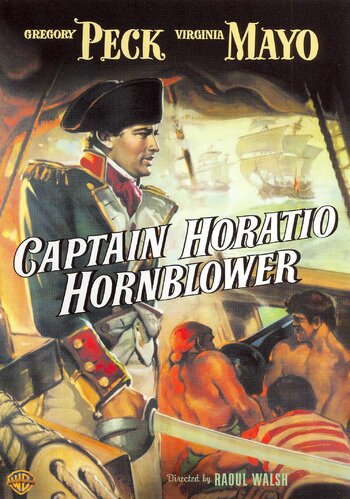 The story is adapted from the first three novels: Beat to Quarters/The Happy Return, Ship of the Line, and Flying Colours. The character of Hornblower is also altered to make him more typical of a Hollywood hero of that era rather than the socially awkward, brooding character of the books.

The film follows Hornblower's adventures on the Pacific coast of Central America and back up to the seas around Europe during The Napoleonic Wars, as he romances the beautiful Lady Wellesey and outwits various Spanish and French villains.