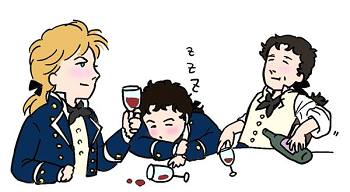 Proof that the remaining 10% is worth dying for here.

These are recommendations made by Tropers for Horatio Hornblower fanfics, all of which have to be signed to stay on the page. Feel free to add a fanfic of your own to the list, but remember to use the template found here.

You can also add to the current recommendations if you want. Refrain from posting Conversation in the Main Page though; that goes in the discussion page.

Shipper's Manifesto: "I Won't Survive If You Don't Help Me"

by Makani, compiled by Kitty Hawk

Much Ado About Shakespeare: Love's Labours Won by bbcphile

"When the Wind is Southerly"

Series My personal canon - I need to believe, ok?