What Could Have Been / Sonic the Hedgehog 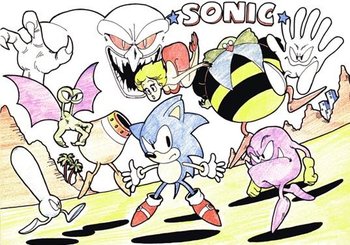 Sonic the Hedgehog (2006)While this game was already a rushed, unfinished mess, it’s only made worse by several concepts that didn’t made it in the final version.

The film took many, many years to escape production limbo. Unsurprisingly, there are dozens of elements and concepts that were never realized.
Miscellaneous
Sonic the Comic

Adventures of Sonic the HedgehogSonic X