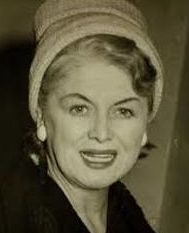 She toured revues and music halls with her sister Billie and together were a leading variety act in The Roaring '20s. They stopped working together in 1936, reportedly due to an illness of Billie's, but it is rumoured that the sisters had a falling out.

Houston continued on her own until she once more started a double act with her third husband Donald Stewart.

Later in her life, she was Typecast in "battleaxe" roles, most notably as the cranky and formidable Agatha Spanner in Carry On at Your Convenience. Her health began to limit the roles she could take on and as The '70s continued, she slowly began to appear less and less.