What Could Have Been / Who Framed Roger Rabbit 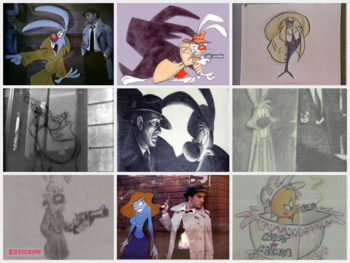 Many, many, early storyboards and concept art of the film before Spielberg and/or Williams was involved.
The film went through many years of development to the point when the film went over budget twice just on test animation until Steven Spielberg became director of the film.