Film / Carry On Regardless 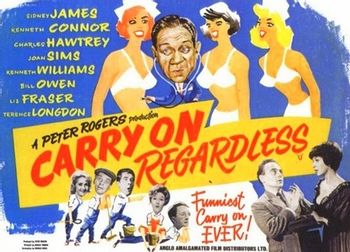 They are given a succession of ludicrous jobs, such as Francis becoming a translator for a bilingual married couple and looking after a monkey, Lily becoming drunk in a wine-tasting event, Gabby entering the boxing ring, Sam confusing phone calls and a group of nuns being sent to a hospital. Hilarity Ensues.

Did we mention there was a monkey?