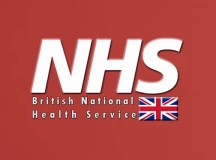 AKA "The National 'Elf" or just the NHS.

The NHS is what Americans might call "socialized medicine". It's free at the point of use. Seeing a doctor costs nothing, nor does getting a tap removed from your child's toe. Emergency treatment is free as is patient transport - you don’t have to pay for an ambulance here. Note that this applies (broadly) even for visitors - while some treatment is technically not free it’s largely unenforced due to front line staff caring far more about treating patients than worrying about their ability to pay.

However, not everything is free. Prescriptions cost a fixed amount, £9.35 (you can get discounts or the fees waived if you fulfill certain criteria, such as being unemployed, under 16, over 60, or have certain chronic conditions that require a lot of medication, such as diabetes etc. The number of people exempt from paying prescriptions actually outnumbers the number of people paying for them). However, Wales, Northern Ireland and Scotland have all now abolished prescription fees. If you require a lot of different prescriptions but do not qualify for free ones, a pre-payment certificate may be more cost effective - these are £30.25 for three months and £108.10 for twelve months and cover all prescriptions while valid.

Certain operations, such as non-essential cosmetic surgery, (stuff like reconstructive surgery and skin grafts are free, although though more minor ailments like small(er) birthmarks tend to be further down the waiting lists in contrast to something like a large port wine stain) are not covered, and there are also fees for dental care in some cases. For example, if you are at school or in the first two years of full-time education, if you are pregnant or have had a baby in the last year, it's free. Orthodontics are also free if you are under 18, but is somewhat unique in that your orthodontist has to apply on your behalf for a grant from the NHS rather than just getting it when it is needed. However, this balances out as the majority of treatments are carried out on pre-teens/adolescents and the process allows the last of their adult teeth to grow in, a requisite for beginning treatment.

Glasses were also free to begin with, but now vouchers are handed for children to put towards a pair from a high-street optician. They also give out wigs for chemo and alopecia patients, although not of the best quality. Items that need replacing such as splints are also free. Those on low incomes can also be reimbursed for transport cost if an ambulance mini-bus cannot come to pick them up.

The NHS employs over 1.5 million people, one of the largest employers in the world with 1 in 25 people of the workforce being directly employed. The NHS has a rough budget of £100 billion, equivalent to 18% of all government spending and can only be described as a behemoth of an organisation. The NHS is such a large part of Britain that no credible political party can call for its dissolution without being laughed out onto the street. Even the fiercest right-wing parties support the NHS in full (or claim to for reasons of political expedience). Of course, the NHS is an important political chess-piece: health policy is a major part of any party's manifesto and elections are won and lost based on a party's intentions for the NHS. As with Social Security in the U.S., any politician proposing to abolish the NHS would be committing political suicide.

The NHS is often perceived to be in crisis by the media, with the current problems of hospital superbugs like MRSA and C. Difficile and A&E waiting times. However, there are hardly any serious calls for it to be abolished, with all the main parties wanting reform rather than abolition. Every party tries to make itself seen as the party of the NHS (Labour has traditionally done best here, since they did create it) because, despite all the grumbling, the concept of the NHS is almost universally popular—expect any article by an American attacking the concept to be met with a storm of indignant comments from Britons of every political description. When Danny Boyle included an entire segment of his Olympic opening ceremonies to the NHS (and children's literature—the point was "sick children being read stories by nurses"), the vast majority of Britons approved.

That's not to say that it's the only choice for sick people. Private healthcare is available from people like BUPA, who advertise on TV. However, most private healthcare providers use the same hospitals, equipment and beds as the NHS, so it's more akin to paying to skip the queue, rather than paying for better treatment. This makes the topic somewhat controversial.

Note that in the UK, legal medicines/drugs are divided into three classes:

Despite what certain lunatics may have asserted, the NHS most emphatically does not have "death panels" or a culture of routinely withholding live saving treatment on cost grounds. What it does have is The National Institute for Health and Care Excellence (NICE), an independent body that evaluates all treatments and gives evidence based guidelines on their use. In practice this means that doctors are free to prescribe treatments as long as the evidence suggests the patient will have an improved outcome that’s not grossly disproportionate to the cost of it. As the NHS is a single organisation, it also benefits massively from economies of scale enabling it to drive costs down with pharmaceutical companies and other medical suppliers. In practice this means that all but the most expensive and experimental treatments are free to patients.

The NHS in fiction: