What Could Have Been / Animated Films

What Could Have Been in animated movies. 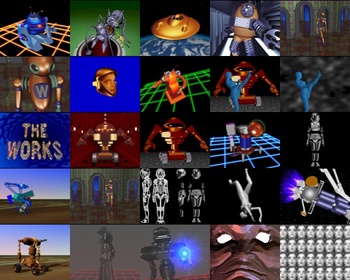 Screenshots for the scrapped movie "The Works," which was meant to be the first CGI animated movie ever made, pre-dating Toy Story by 10 to 15 yearsnote  Interestingly, many members who worked on this had also worked onToy Story.

Films with their own pages: