What Could Have Been / Zootopia 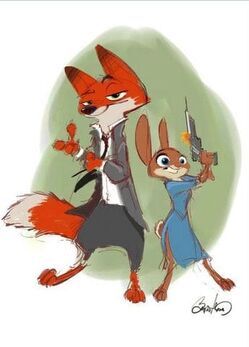 Early concept art with Nick and Judy as agents, after the Jack Savage/Skye secret agent pitch was rejected
Advertisement: