What Could Have Been / Coco

This page contains unmarked spoilers for the final project. You Have Been Warned! 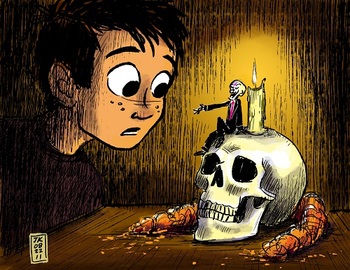 Early concept art from the draft where Miguel (then named "Marco" in the early drafts) realizing his heritage after the recent death of his mother.
Advertisement: