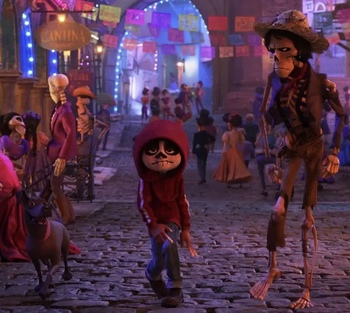 That’s not how a skeleton walks, Miguel!
Advertisement: