All spoilers are unmarked. Please read at your own risk. 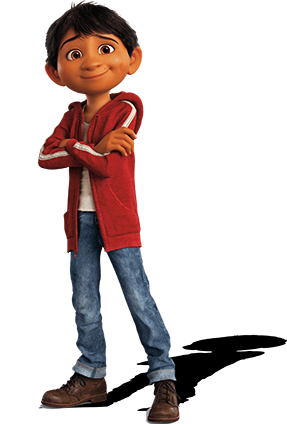 A young boy and an aspiring musician. Despite the fact that his fascination with music puts him at odds with his family, he loves all of them dearly. He accidentally stumbles upon the Land of the Dead after trying to "borrow" Ernesto de la Cruz's guitar, and now needs to get back to the world of the living before sunrise. 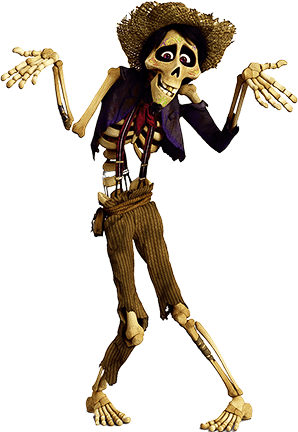 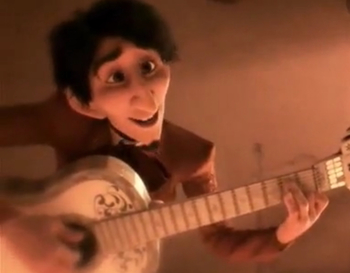 A disheveled inhabitant of the Land of the Dead who no one has left an offering for, leaving him unable to cross over to the world of the living. He claims to know Ernesto de la Cruz and strikes a deal with Miguel to take him to meet him in exchange of Miguel placing his picture on his family offering so he can visit the Land of the Living. 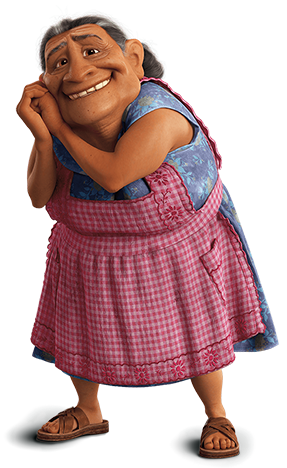 The current matron of the family, the grandmother of Miguel, and the ultimate enforcer of the Rivera family's ban on music. She loves her family very much and will do anything to protect them. But when she gets angry, she wields a mean slipper. 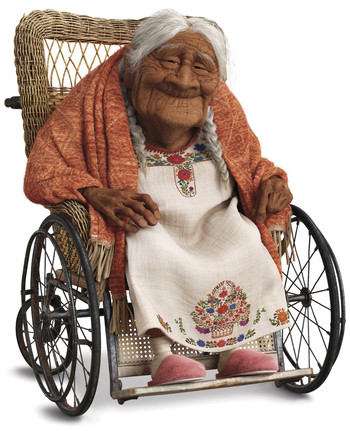 Miguel's great-grandmother and Elena's mother. She is wheelchair bound and can barely move. Due to her advanced age she sometimes mistakes her family members for one another, but she is still is Miguel's favorite playmate and in her brief moments of lucidity still mentions how much she misses her dad. 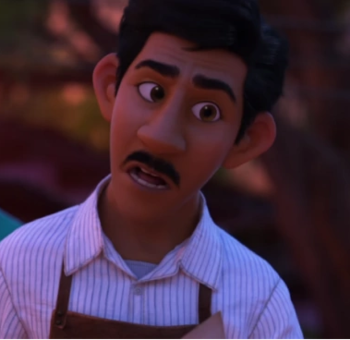 "We've never known anything about this man! But whoever he was, he still abandoned his family. This is no future for my son."
Voiced by: Jaime Camil (English), César Costa (Latin American Spanish)note Other Languages: Daisuke Yokoyama (Japanese), Choi Sung-hon (Korean), Patrick Winczewski (German), Martin Desgagné (Canadian French), Franck Capillery (European French)

The father of Miguel Rivera and son of Elena Rivera.

"The petals guide our ancestors home. We don't want their spirits to get lost. We want them to come, and enjoy all the food and drinks on the ofrenda, sínote yes?"
Voiced by: Sofía Espinosa (English and Latin American Spanish)note Other Languages: Ayumi Tsunematsu (Japanese), Lee Ji-hyeon (Korean), Dina Kürten (German), Geneviève Bastien (Canadian French), Barbara Tissier (European French)

Miguel's mother, she's pregnant with her second child for most of the film. 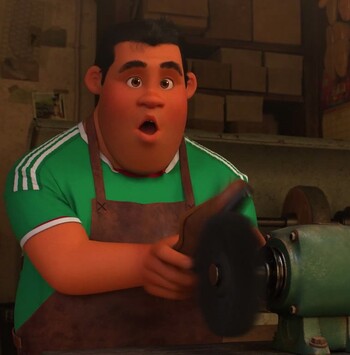 Miguel's great-great grandmother, Imelda is the one that started the family shoemaking business and strictly forbade music after her husband left her and Coco to become a musician. She's strict and unwavering, and is the matriarch of the deceased Riveras. No one in her family (dead or alive) dares to stand up against her. 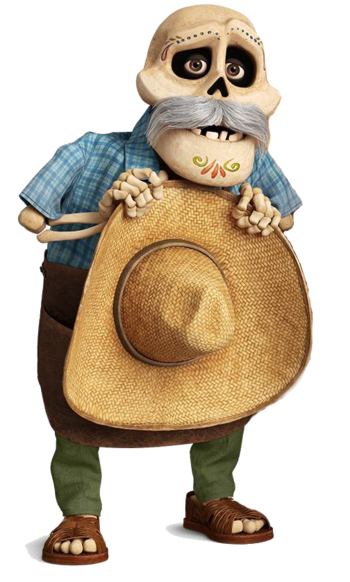 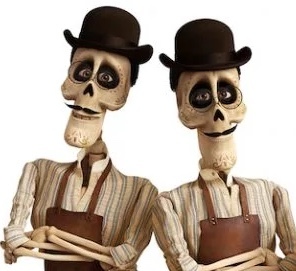 Imelda's brothers and Miguel's great-great-granduncles—a pair of twins who always stand together and dress identically. 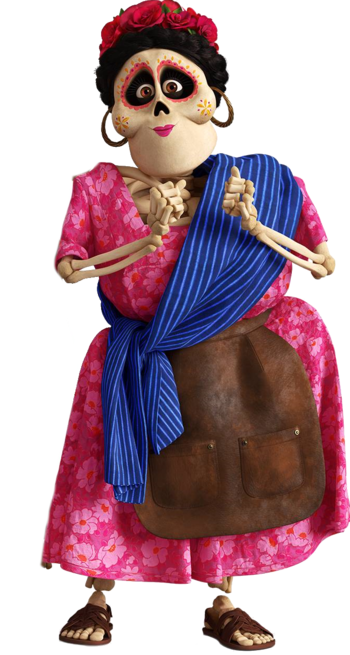 The great-grandaunt of Miguel, the sister of Julio and the sister-in-law of Coco. She cares for Miguel dearly and helps the rest of the family look for him when he runs away. 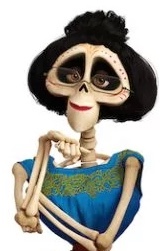 The grandaunt of Miguel, the daughter of Julio and sister of Elena.

"Inhabitants" of the Land of the Dead 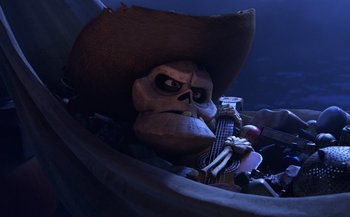 A "friend" of Héctor's, living with all the other skeletons who do not get offerings on Día de los Muertos. He is forgotten and disappears for good shortly after he is introduced. 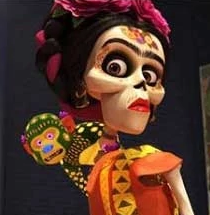 The Real Life, world-famous painter, who after her death still works as an artist lending her talents to prestigious celebrities. 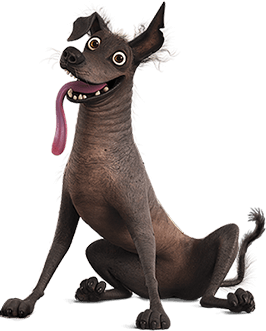 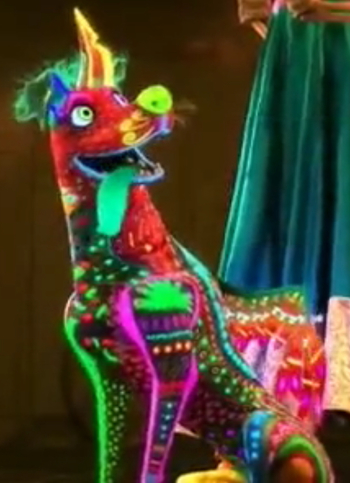 A somewhat goofy stray Xoloitzcuintli (A.K.A. Mexican Hairless) who follows Miguel around. When Miguel is sent to the Land of the Dead, he manages to cross over and help Miguel find his family. 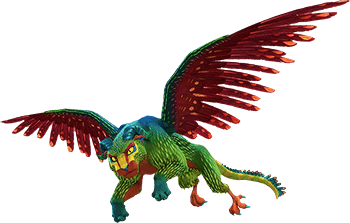 Imelda's personal Alebrije, or spirit guardian. Pepita's a massive multi-colored winged jaguar with ram's horns and the ability to reveal and follow a person's tracks. She helps Imelda track down Miguel after he runs off.