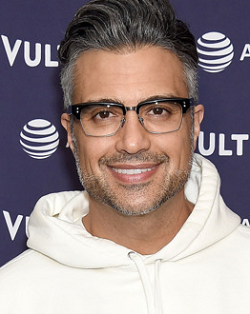 Jaime Federico Said Camil Saldaña da Gama (born July 22, 1973) is a Mexican actor and singer. He started out a television host before branching into telenovelas with his role in Mi destino eres tú. This kicked off a prolific telenovela career; he is particularly known for his roles in La fea mas bella (the Mexican version of Yo soy Betty, la fea) and Por ella soy Eva. Internationally, he is known for playing the father of the title character on Jane the Virgin. He is also a voice actor; in addition to participating in Spanish dubs, he has also done a fair bit of English-language voice acting.